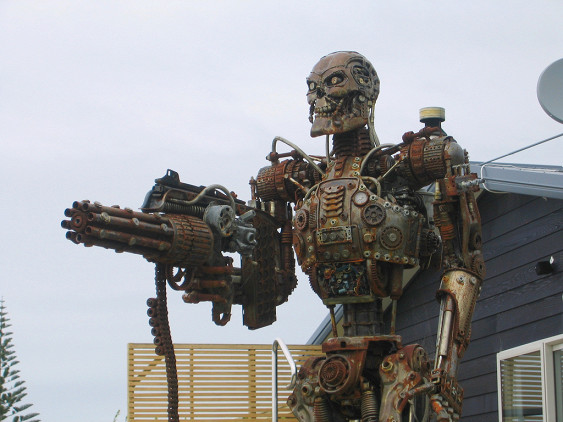 The head of Tesla company Ilon Mask, DeepMind co-founder Mustafa Suleiman and even more than hundreds of specialists from 26 countries signed an open letter to the United Nations Organization with an appeal to ban autonomous weapons.

The authors of the open letter are concerned about the possible beginning of a new arms race and urged to make every effort to prevent the development of autonomous weapons and protect people from using it.

“Lethal autonomous weapons can become the third revolution in armament [after the appearance of gunpowder and nuclear weapons]. Once established, it will allow armed conflicts to grow into larger scale than ever before, what humanity has time to react. … We do not have much time. If Pandora’s box once opens, it will be hard to close it, “the letter said.

The letter was presented at the opening of the International Joint Conference on Artificial Intelligence, one of the largest conferences on artificial intelligence. Earlier, in 2015, also at the opening of the conference, a similar letter was published, which at the moment was signed by more than 8,000 people, including Ilon Mask, physicist Stephen Hawking and co-founder of Apple Steve Wozniak.

The text of the letter is available on the website of Future of Life Institute.