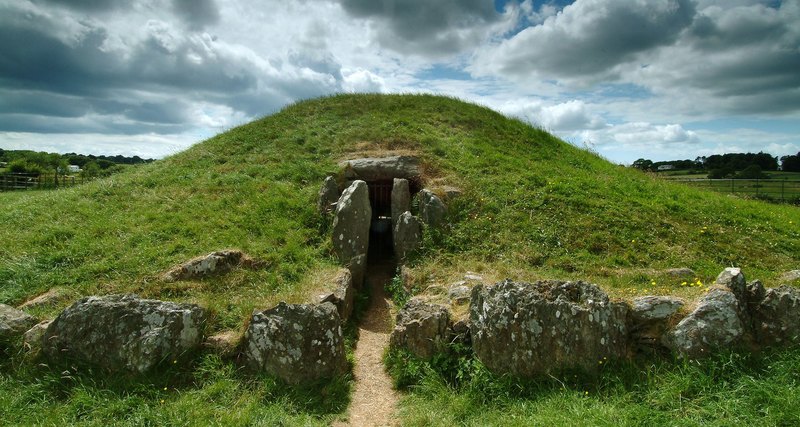 British archaeologists have discovered an ancient burial ground around the Neolithic tomb on the island of Angsi in Wales.

The stone circle and hengge (earthen rampart) on the island of Anglesey were built in the Stone Age; The place, most likely, was used for ritual purposes – the Neolithic layers contain ashes of burnt organic materials, including human bone material. Later, at the beginning of the Bronze Age, the stone circle was destroyed, and in the center of the site a tomb with a round embankment and a straight corridor was erected to the center of the tomb, located so that on the solstice day the inner chamber of the tomb is illuminated by direct sunlight. The place was called Brin-Kelly-Dee (from the Welsh “hill in a dark (or sacred) grove”).

Excavations of the last three years showed that the monument is older than the tomb and even the shaft around it: long before they were built, Brin-Kelly-De served as a burial place, reports The Guardian. On the territory of the five-thousand-year repository, carved in stone drawings and fragments of ceramics were discovered. “Getting to work, we knew that it would be interesting, but did not know how much,” says archaeologist from the University of Central Lancashire, Seren Griffiths (Seren Griffiths). Now archaeologists have realized that Brin-Kelly-Dee was a sacred place for people long before the construction of the tomb.