Under stress, the plants “scream” 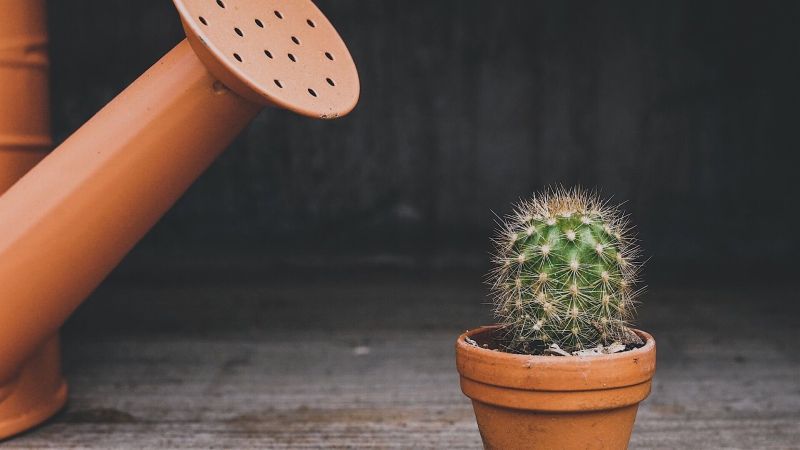 The fact that the kingdom of flora is much more complicated than it seems has been known for a long time. In recent years, scientists have discovered that plants hear the approach of pollinating insects, warn each other about the dangers, and even know how to count.

But this, as it turned out, is not all the surprises that the plant world hides. Recently, specialists from Tel Aviv University first recorded the sounds that a stressful plant makes.

Itzhak Khait and colleagues found that the tomatoes and tobacco emit sound signals due to lack of water or after cutting the stems. True, the frequencies at which the plants “speak” the human ear is unable to hear.

Let us explain that Chait specializes in studying plant life. The researcher has been studying molecular biology and ecology for several years. In his experiment, the scientist placed microphones 10 centimeters from the landings. Sensitive equipment picked up vibrations in the ultrasonic range (from 20 to 100 kilohertz). 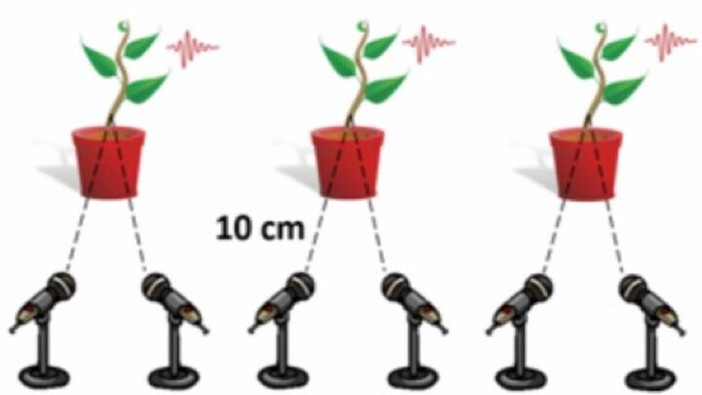 For the first time, scientists were able to record the sounds made by plants at a fairly large distance – about ten centimeters.
Illustration I. Khait et al. / BioRxiv.

The experiment showed that in conditions of insufficient watering, tomato bushes produce an average of 35 “cries” per hour, and tobacco – 11.

A similar reaction was observed when pruning the stems. A trimmed tomato produced an average of 25 sounds per hour. Tobacco gave signals a little more often than during a drought – an average of 15 times per hour.

According to the observations of Chait and his colleagues, the “scream” depending on the situation also differed in intensity. For example, dehydrated tobacco plants made louder sounds than clipped ones.

Scientists have found out all this thanks to artificial intelligence. A special algorithm was taught to recognize the intensity and frequency of vibrations emanating from green experimental subjects and to distinguish them from the rustling of leaves, the sounds of rain, wind and other greenhouse noises.

How exactly do plants make sounds? Previously, experts using sensors located directly on the stems, recorded vibrations arising from the so-called cavitation (the formation and explosion of air bubbles inside the xylem).

Let us explain that xylem is a plant analogue of blood vessels, the main task of which is to deliver water and nutrients from roots to leaves.

Hait and colleagues suggest that the sound effects they identify may also be related to cavitation. However, even if the experimenters’ guess is correct, so far no one has been able to register such noises at such an impressive distance from the plants.

The phenomenon, discovered by Israeli experts, may have a deep biological meaning. For example, insects perceive ultrasonic waves well. Therefore, upon hearing a “cry for help”, some types of moths may refuse to lay eggs on a “dysfunctional” plant.

In addition, the green counterparts of the plant in distress are likely to be able to “hear” an alarm signal about a lack of water and even take measures for their own survival, say biologists.

In a preprint of a scientific article on bioRxiv, the authors claim that the results of the experiment they obtained will help to change the view of the plant kingdom, which was still considered to be “silent”.

By the way, Chait and his colleagues are sure that not only tomatoes and tobacco “report” about the ill-being. In preparation for the next scientific project, scientists have already recorded the ultrasonic vibrations emanating from a cactus from the genus Mammillaria, as well as the corymbolis.

According to the authors of the work, the discovery made by them can become a new page in agriculture. By listening to crops, farmers will determine in advance possible water shortages and prevent drying out of future crops.

However, this opinion also has opponents: some colleagues of Israeli biologists believe that it is too early to draw conclusions about the applicability of the phenomenon they discovered in agriculture.

It is necessary to conduct further research and find out whether plants react just as vigorously to other important environmental factors, for example, uncomfortable temperature and soil composition.