Under the Cairo found a necropolis with 17 mummies 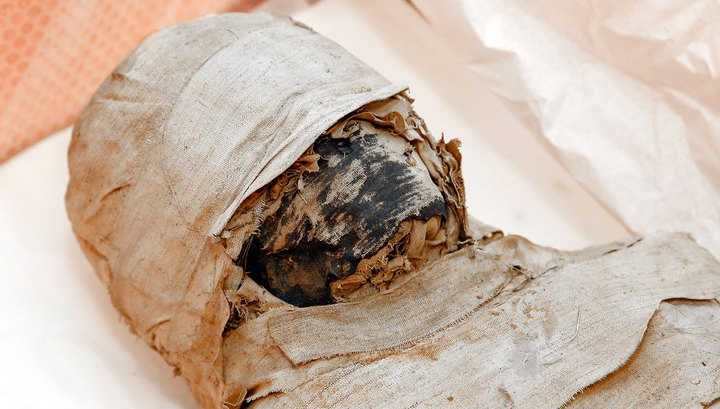 In Upper Egypt, a priestly necropolis of about 2,500 years was discovered. Archaeological discovery occurred in the province of El Minya.

According to the Minister for Antiquities of the country Khaled Ahmed al-Anani, excavations began in November 2017.

Several funeral mines were found, where 40 stone and wooden sarcophagi, 17 mummies and canopies with the organs extracted during mummification were at a depth of 6-8 meters. Also, archaeologists have discovered more than a thousand funerary figurines of ushabti, which were put into graves, utensils, utensils, ornaments.

According to the minister, this is the family cemetery of the priests of the late Pharaonic period, presumably from the XXVI-XXVIII dynasties, presumably the beginning of the Ptolemaic era.

Secretary-General of the Supreme Council for Antiquities Mustafa Vaziri said that the area is promising, and excavations in it will continue, Tass reports.

The burial site is 6 kilometers from the object Tuna el Gabal. In ancient times, this place belonged to the 15th province of Upper Egypt, the capital – to El Ashmore.