Under the ice of Greenland discovered a huge river 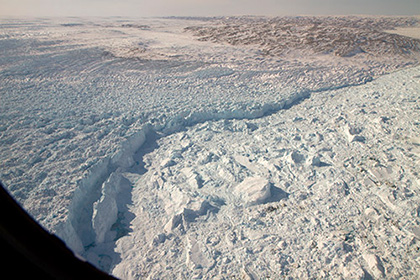 In ancient times Greenland was a large river system. Traces is currently hidden under the ice of the largest island on the planet. A study by British geophysicist, published in the journal Geophysical Research Letters, briefly about it, reports the University of Bristol.

Under the ice, scientists found a huge valley with a depth of 1.4 km and a width of up to 12 kilometers. The catchment area is 450 thousand square kilometers, which is 20 percent of all of Greenland and comparable pool of the Ohio river (the largest tributary of the Mississippi river in the USA).

Also, scientists were able to show that the movement and shape the rapidly changing world of the glacier Jakobshavn is determined by the conditions of its formation within the ancient river basin, not internal reasons.

To such conclusions scientists have come, analyzing the satellite data, which are obtained primarily by the NASA IceBridge mission, as well as scientists from Britain and Germany. Materials geophysicists also include radar studies conducted using aerial vehicles.