Under the temple of Kukulkan in Chichen Itza, a tunnel… 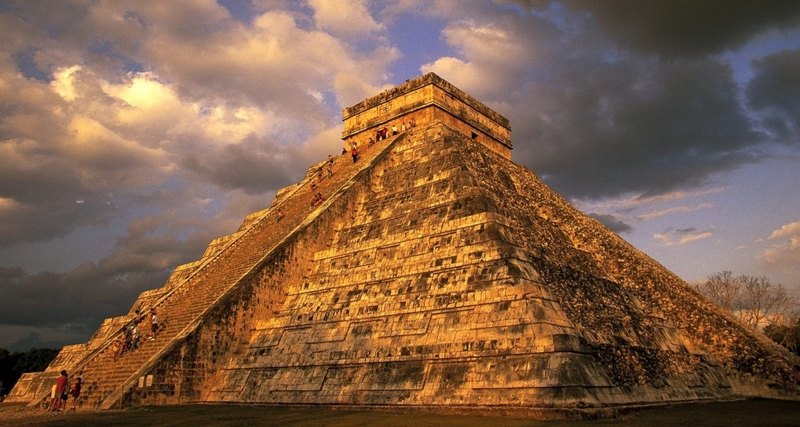 During the underwater excavations in the canal system near the Kukulkan temple in Chichen Itza, archaeologists discovered a corridor in its walls.

“We entered the caves under the temple of Kukulkan through the crypt and found there a blocked passage, which was closed, probably by the Mayans themselves. In the near future we will return there and perhaps open the aisle and try to understand where he leads and whether he is connected with the temple reservoir, “Guillermo de Anda, one of the leaders of the Great Mayan Aquifer project, explained to journalists.

The civilization of the Maya Indians existed for several millennia, leaving behind many “dead cities” and cultural monuments on the Yucatán Peninsula. Maya disappeared from the face of the earth around the ninth century AD, when residents left most of the city-states left. Scientists are still arguing about the causes of this civilizational collapse. One of the distinguishing features of Mayan cities is a ramified network of ground and underground water reservoirs connected by tunnels and canals.

As historians today suggest, this system helped Maya not to experience serious problems with small droughts, but did not save residents when droughts became longer due to sudden climate changes. De Anda and his colleagues have been excavating for two years in the territory of Chichen Itza, trying to find traces of a large cave under the Kukulkan temple. For the first time about its existence, the Mexican archaeologist Rene Chavez (Rene Chavez), who “enlightened” the pyramid with the help of an electroresistive tomograph, declared.

He found a void beneath it, as well as a second, smaller pyramid. The very fact that Kukulkan was the god of water forced archaeologists to assume that the place for the temple was chosen not by chance and that the cave served as a natural analogue of the water reservoirs in Mayan cities. For this reason, scientists have long been trying to find an entrance to this cave and channels leading to it. De Anda believes that his team today is close to discovering these tunnels.

If the passage that they found really leads to the reservoir, archaeologists expect to penetrate into it and compile a three-dimensional map of the cave and passages with the help of robots and other scientific tools. This map and the study of sediments on the bottom of the cave will bring scientists closer to understanding whether the Mayans really died out due to frequent droughts or disappeared for reasons that are not yet known.