Under the Ulyanovsk there is a skull of a giant pliosaur 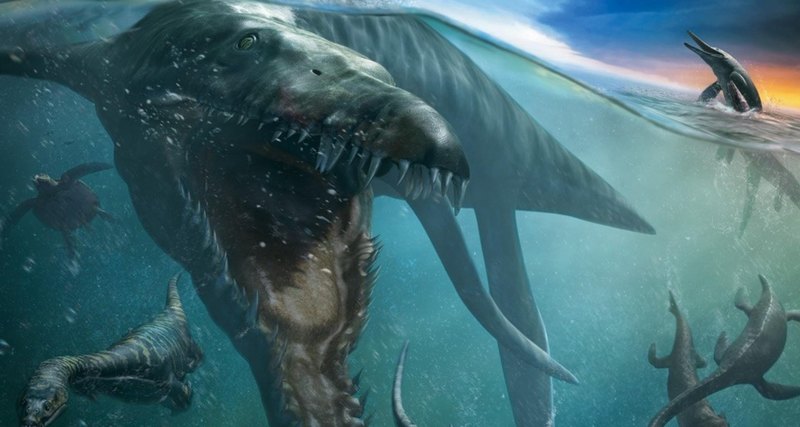 On the banks of the Volga, sometimes find the huge skulls of prehistoric sea lizards. One of these skulls forced scientists to reconsider the evolutionary history of giant sea predators – the Pliosaurs.

In 2002, on the bank of the Volga River in the Ulyanovsk region the paleontologist Gleb Uspensky found a one and a half meter skull of a fossil animal with elongated narrow jaws. After studying the remains of the prehistoric beast, Ouspensky and his colleagues came to the conclusion that the skull belonged to the Pliosaurus – a marine reptile that lived 135 million years ago.

The remains of giant sea lizards on the banks of the Volga are not found for the first time: in the Cretaceous Europe and Asia in the area of ​​the modern Volga basin was shared by the ocean inhabited, in particular, by predatory waterfowl reptiles. From most marine vertebrates, they were distinguished by an unusual anatomy – four large fins combined with an inflexible spinal column. The length of the skull of some pliosaurs reaches two meters; They are also distinguished by the structure of the jaws, indicating a large force of capture.

The jaws of the new Volga pliosaur were so narrow that they resembled the jaws of Indian crocodiles – gavials or river dolphins. This sign indicates that the pliosaurs occupied a variety of ecological niches – some were universal predators, and some were mainly fish.

The date of the find suggests that the pliosaurs died out somewhat later than previously thought. Until now, paleontologists believed that the Pliosaurs died out much of the Cretaceous-Paleogene extinction (145 million years ago), which destroyed almost all dinosaurs, except the ancestors of modern birds and crocodiles. However, the Volga Pliosaur testifies to the short-term “return” of the Pliosaurs: apparently some species of these marine predators survived the extinction of the Jurassic period, and finally disappeared from the Earth’s face only later.