Under Tibet, giant “gaps” in the mantle 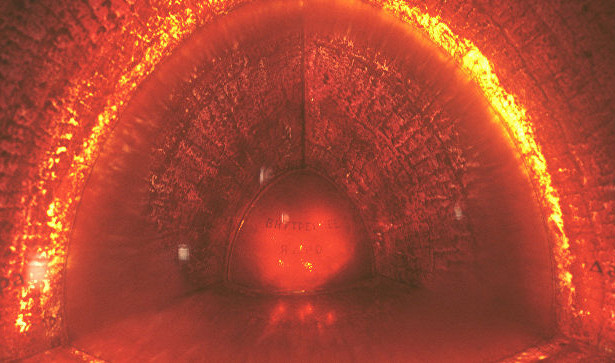 The clash of India and Eurasia led to the fact that the mantle under the future Hindustan peninsula “exploded” into four separate segments. This conclusion was made by geologists who published an article in the journal PNAS.

“The clash of the Indian and Eurasian plates not only shaped the future East Asia, but also caused some of the most powerful and deadliest earthquakes in history.” The presence of such gaps in the mantle explains why powerful earthquakes now occur not in all but only in some regions of Tibet “, Says Xiaodong Song of the University of Illinois in Chicago, USA.

India, unlike many other regions of Eurasia, is a kind of geological “migrant”. It was not part of a giant Eurasian tectonic plate originally, but joined our continent relatively recently, about 65-70 million years ago. Before that, it was part of Gondwana, the southern supercontinent, and its “neighbors” were Australia, Africa, Antarctica and South America.

When India separated from the rest of Gondwana, it does not cause controversy – it happened about 100 million years ago, when the peninsula and Madagascar split and Hindustan began traveling north, towards the future of Pakistan and India. On the other hand, when exactly India collided with Asia and what happened during this clash, it raises heated debate among scientists.

The search for answers to this question, as Song notes, is complicated by the fact that Tibet and the Himalayas remain one of the most inaccessible and almost untouched by the civilization corners of the Earth, which prevents their detailed study. His team solved this problem and uncovered some interesting details from the history of this cataclysm by analyzing and combining the data obtained during observations of the recent major earthquakes in Tibet.

Measurements of transverse and longitudinal seismic waves helped scientists create a virtual copy of the depths of Tibet with a depth of 160 kilometers, and understand where the line of contact between tectonic plates is and how it is arranged.

Surprisingly, it turned out that in the upper layers of the Earth’s mantle under the Tibet Plateau, there are four large discontinuities at once, in which the streams of the “sinking” crust of the Indian plate are not moving in the same way as in the neighboring regions of the planet’s interior. Differently, as the scientists note, not only the speed, but also the direction of the movement of streams of rocks.

This, in turn, explains many oddities associated with the fact that earthquakes in the southern regions of Tibet often occur in “irregular” corners of the plateau where there are no faults in the crust and other seismic stress points, as well as the strange nature of volcanic eruptions at the time of the formation of the seam “between the Indian plate and Eurasia.

How exactly these gaps have arisen, scientists do not yet know, but they assume that they arose because the edge of the Eurasian plate was originally extremely heterogeneous. Some of its margins were noticeably more solid than other regions, which led to the “splitting” of the relatively weak sections of the Indian plate mantle into parts at the time of their collision with each other.

This led to stretching of the crust and the appearance of additional faults inside it, which now periodically generate powerful earthquakes. Further observations of these gaps, as the scientists hope, will help to reveal the history of the formation of the peninsula and will allow better predicting new shocks, potentially dangerous for millions of residents of China, India, Nepal and Bhutan.