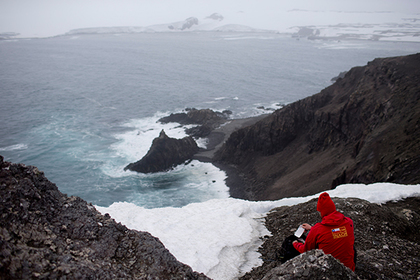 Scientists of the British Geological Survey and the University of Dundee in Scotland have discovered traces of a giant wave that struck the Shetland Islands 1,5 thousand years ago.

So far, geologists have been aware of one series of ancient tsunamis caused by a catastrophic event known as the Sturgea – a landslide that occurred under the water north-west of modern Norway over eight thousand years ago. The volume of the collapsed part of the continental shelf was 3,500 cubic kilometers, and the length of the settled bottom is 290 kilometers. The 20-meter wave penetrated the depths of the British Isles by 80 kilometers. According to geologists, the cause of the landslide was the instability of rocks formed during the last glacial epoch.

In the new work, scientists analyzed the core samples of rock that were taken from various sites in the Shetland Islands, some of which were 13 meters above sea level. Specialists discovered layers of sand seven centimeters thick, above which lay a thicker layer (35 centimeters thick) of dark peat accumulated over the past fifteen hundred years. The results of the study showed that sand deposits formed almost instantly, which is explained by a giant wave.

Scientists suggest that this tsunami also arose as a result of an underwater landslide, but the place where the catastrophe occurred is yet to be established. Experts plan to create a three-dimensional wave model to more accurately determine its source. At the same time it became clear that a natural disaster like Stregga can occur much more often than once per hundred thousand years, and is not necessarily associated with glacial epochs.

In 2017, Scientists from York University and Imperial College London (Great Britain) found that Sturigga caused the disappearance of “British Atlantis” (Doggerland), a land site that was located in the southern part of the North Sea and connected the British Isles with Eurasia during the Mesolithic era.