Unique artifacts of the ancient “state of goats” found in Turkey 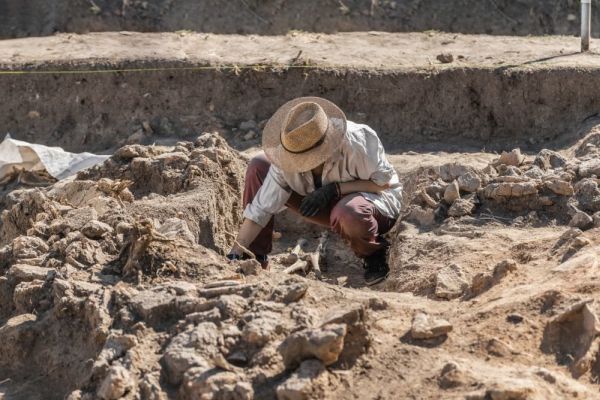 In Turkey, archaeologists who carried out excavations on the territory of the ancient city-state of Aygay discovered rare figurines, skillfully carved about 2500 years ago from goat bones.

According to the Hurriyet Daily News, unique archaeological objects were discovered during excavations in western Turkey, in the province of Manisa. The work was carried out in the ancient city of Aygai, whose history dates back to the VIII century BC.

A large number of goat bones and objects made of them were found there. The artifacts have already been sent for laboratory research. Scientists even plan to conduct DNA analysis. This will help identify the breeds of goats that were kept in the city, and trace their genetic relationship with modern breeds.

As noted by scientists, it is not surprising that all the artifacts found were made from the bones of a certain type of animals. Yusuf Sezgin, head of the excavation, explained that the word “Aygai” in translation from ancient Greek means “goat”. Researchers believe that in the distant past it was a city-state, famous for its goats.

Aygay was one of 12 cities founded by the ancient Aeolians in the west of modern Turkey. It seems that goats played a really important role in the life of this city. During excavations on its outskirts, a pit was discovered, which was used as a city dump about 2500 years ago. It was literally filled with goat bones. This indicates that the basis of the city’s well-being was the production of meat, milk and leather.

In addition, goat bones were also widely used as a raw material for making jewelry. According to scientists, amulets, hairpins and some household items were made from them. Now these artifacts are being studied by specialists from the Middle East Technical University and Istanbul University.

We add that according to historical sources, the city of Aigai was the possession of the Lydian Empire for a long time, and after its fall it passed under the rule of the Achaemenid Empire.