Unique coins found in the ancient settlement of Kultobe 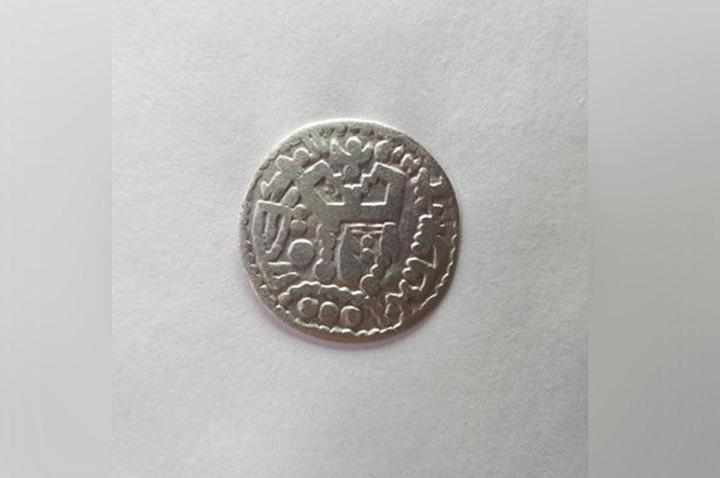 In the near future, amazing artifacts of the Kultobe fortification will be available for viewing not only in the updated collections of the Turkestan Museum, but also in the format of the archaeological park “Kultobe Fortification”. This was reported by scientists performing the restoration of the ancient settlement.

The archaeological detachment of the Kazakh Research Institute of Culture completed the field season 2019. Recall that the large-scale project “Restoration of historical sites of the Kultobe settlement” is being implemented with financial support from ERG Komek.

At the moment, a research team of archaeologists, restorers, cultural experts and art historians is summing up the results of the field season, engaged in laboratory research and desk processing of finds. Among the significant finds, a special place is occupied by the numismatic collection of the ancient settlement of Kultobe, which after a detailed study will be transferred to the new museum of Turkestan.

According to archaeologists, this summer during the excavations about 105 coins were discovered, whose age varies between the VIII and XX centuries. This unique find confirms the opinion of scientists about the economic activity of the ancient Yasa and Turkestan oasis as a whole. Turkestan (Yasy), being a spiritual center, was also an important trade and financial hub of all of Central Asia.

“A part of the discovered numismatic treasure is made up of banknotes of the Turgesh period. A real archaeological success was the copper fels of the Turgesh khanate period, dating from the 8th century. On one side of the coin there is an inscription “Mr. Turgesh kagan”, on the other – Turgesh tamga in the form of a stylized letter of the runic alphabet. This finding is further evidence that Kultobe-Yasy was indeed an important trade center on the Great Silk Road – a powerful artery that unites East and West, ”explains archaeologist Aisulu Yerzhigitova.

Coins of the VIII-XIII centuries. Found on the ancient settlement of Kultobe, archaeologists attribute to the early period. These are silver dirhams of the Bukharkhudat type with the Arab-Sogdian script. The Kultoba dirham has the inscription “al-Mahdi” in Arabic, the Sogdian part of the bilingual is greatly distorted.

According to archaeologist Serik Akylbek, such banknotes are vivid indicators of the active socio-economic life of not only South Kazakhstan, but also the Central Asian region as a whole. This type of coin was in circulation throughout Central Asia for a rather long period of time and was called “museyabi,” “Muhammadi,” or “githrifi.” In science, they are known as “black dirhams”, or “buharhudat type dirhams”.

“Images on the“ black dirhams ”are characteristic of the drachmas of the Sassanid coinage during the reign of Bahram V (421-438). On one side of the coins the king is depicted in a step crown, on the other – the altar of fire and two guards. With the adoption of Islam, an Arab legend appeared along with Sogdian coins. Later dirhams were minted exclusively with the Arab legend, ”the scientist said.

Note that such findings are a unique phenomenon in Kazakhstani science. Earlier, such well-known numismatists as R. Burnasheva had already analyzed treasures with similar artifacts found in the ancient settlements of the Middle Syr Darya of the XV-XVIII centuries. and Tashkent.

“Cultobin finds not only significantly expand and deepen our research database of important socio-cultural milestones in our history, but they can also partially shed light on the specifics of the domestic and foreign trade of the Kazakh Steppe of that time,” says cultural scientist Zhanerke Shaygozova.

Scientists argue that numismatic finds are an important component not only for studying the system of money circulation in a regional and subregional aspect, financial policy in the medieval and other historical periods. This is a valuable source of sociocultural and even art history research. Detailed attribution of such findings, together with an analysis of the entire Central Asian numismatic content, will allow us to focus on aspects fundamentally new to the national humanities.

“The evolution of the design of banknotes depended not only on economic factors, but also on the aesthetic preferences of a particular historical era, the close relationship of heraldry, the level of artistic processing of metals and other varieties of applied art,” notes art critic Madina Sultanova.

“We plan to create a serious database of all the finds of the Kultobe settlement, including numismatic ones, as part of the project. These will be catalogs on Kultobe ceramics and coins with a detailed description of each find, its age, appearance, belonging to a particular period, artistic design, etc. We hope that this will be a significant help for Kazakhstani historical science and will be useful for interdisciplinary research, ”the scientist shared.