Unique fossils can tell how dinosaurs became so big. 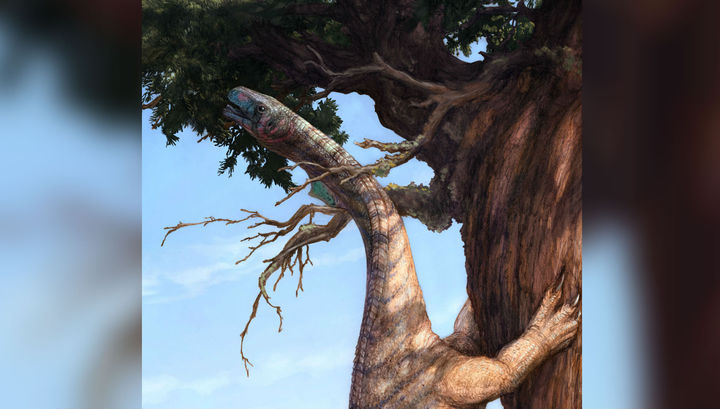 How did the largest land creatures in Earth’s history acquire their impressive dimensions? This question has long been interested in paleontologists. The recently studied remains of unique preservation can shed light on this riddle.

We are talking about wildlife signs – a group of creatures that inhabited the Earth in the Jurassic and Cretaceous periods. It includes such famous dinosaurs as the diplodocus, Brontosaurus (to which a separate genus was recently restored) and other giants. Their distinguishing feature is a very long neck and tail, and generally huge sizes. Typical for some species, body weight reached one hundred tons, and this is a record of all time for terrestrial fauna.

The evolutionary history of sauropods is not entirely clear. Their relatively small ancestors and later giant representatives are known. What did the intermediate forms look like? So far, experts know little about this.

New data can help in finding the answer. Adam Marsh and Timothy Rowe of the University of Texas at Austin published an article in the scientific journal PLOS One that described unique minerals.

We are talking about the remains of a dinosaur of the species Sarahsaurus aurifontanalis 185 million years old. This creature the size of a car has long been known to paleontologists, but has never been studied so carefully. The dinosaur belongs to the group of zavropodomorfs, which was evolutionarily preceding sauropods.

“Sarazavr retained in their anatomy the changes that occurred in the evolutionary line [sauropods] in the Late Triassic and Early Jurassic,” explains Marsh.

The article describes two skeletons of paleontologists, found in 1997. They are almost completely preserved, with the exception of the skulls, and some bones even remained articulated. 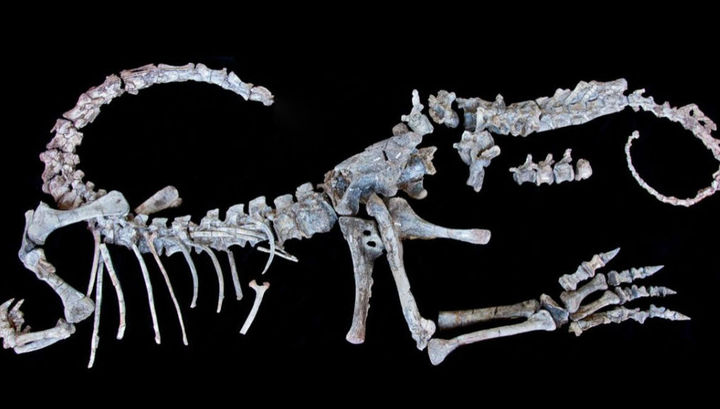 “Samples are well preserved in three dimensions and are remarkably complete, which is very rare in the fossil record,” said Matthew Brown of the University of Texas at Austin, who did not participate in the study. “These complete samples help paleontologists better understand fragmented and incomplete the remains that we usually find. ”

According to the authors, the sarazavr walked on two legs. The index fingers of the front paws were equipped with large curved claws. He had much in common with the early ancestors of sauropods, but already showed a somewhat elongated neck and increased body weight.

“He is starting to get signs of increasing size compared to the earliest members of the group,” explains Marsh.

The researchers also found out the degree of kinship of the Sarazavra with two other sauropod relatives, living in modern North America at the beginning of the Jurassic period. It turned out that these species do not form a separate clade (evolutionary branch, originating from one common ancestor). Each of them has its own pedigree, which goes back to the common ancestor of all sauropods.