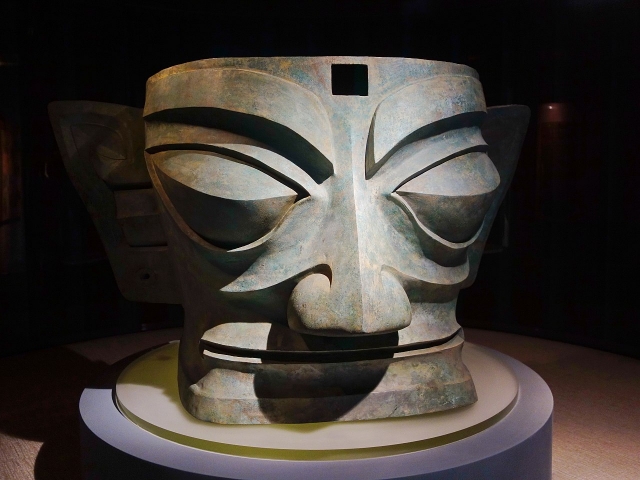 Chinese archaeologists have unearthed the largest animal bronze ever seen – a mythical beast one meter high, one meter long and weighing more than 300 grams – from the ruins of Sanxingdui in southwest China’s Sichuan province, the Global Times reported.

The bronze statue looks like a mythical beast with a large mouth, thin waist and four hooves. It should be noted that a human figure in a long robe stands on the head of a beast. Researchers speculate that it could be a person riding or controlling the beast, China Central Television reports.

Researcher Zhao Hao, who is in charge of the excavation, explained that since the excavation of the Sanxingdui ruins began in 1986, all zoomorphic objects have been small, about 20-30 centimeters in length, but the discovery of a new bronze statue sets a new record, and so far moment it is the only large human-sized statue of an animal. A sacred tree is also depicted on the chest of the beast.

“This tree was applied directly to the beast. The image reflects the fact that the Sanxingdui people worshiped trees or considered trees to be something divine,” Zhao said.

According to the Guangming Daily newspaper, about 14,000 cultural relics have been recovered from the sacrificial pits in Sanxingdui so far.