Unique whale-albino spotted off the coast of Australia 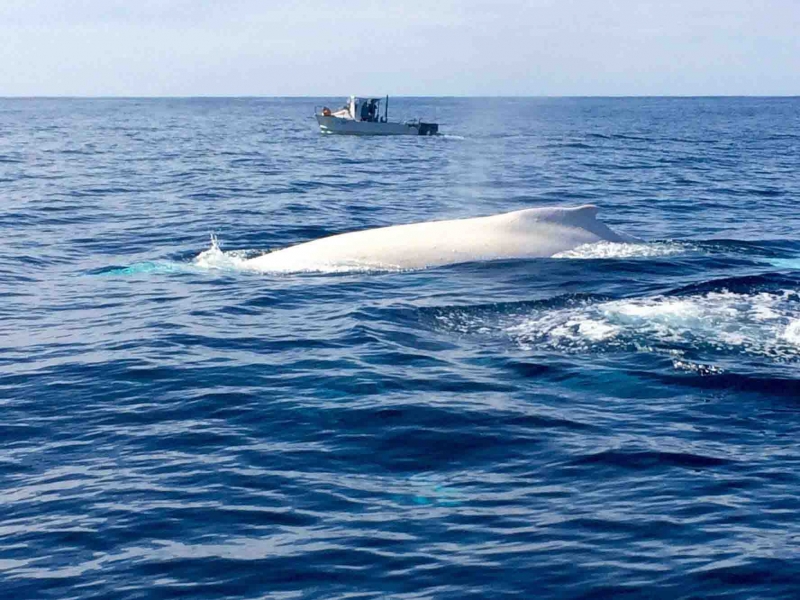 The world’s only all white humpback whale, nicknamed Migaloo (Migaloo), seen from the East coast of Australia near New South Wales, reports the BBC. Photos and videos Keith made the lady named Alison reed at the coast of the resort town of Byron Bay.

According to ABC, the pictures were taken from the boat she had rented especially for access to the sea hoping to see the famous whale, who at that time of the year usually migrate North. Meeting with the whale occurred about 10 a.m. on July 26. According to the wearer, she managed for about two hours to see how Migaloo frolicked with another humpback whale. “It was just an incredible sight”, – shared his impressions of the Australian.

On the eve of Migaloo was spotted near the beach in Iluka in New South Wales. It is reported by the research center for the study of white whale on his Twitter page. After Byron Bay, he was seen off the coast of the gold coast. 22 Jul whale was seen in the area of Port Stephen. He was in the company of the smaller congener, obviously, females.

First Migaloo was photographed off the coast of Australia in the area of Byron Bay in June 1991. It is the world’s only known to people all-white humpback whale.

The length of the mammal is 14 meters, and the age is approximately 28 years. Usually the life span of these mammals is about 50 years.

And Migaloo is translated from the language of Australian aborigines as “the white guy”. The annual migration of humpback whales from the South usually takes place in the period from September to November. The spectacle attracts Australia a large number of tourists.