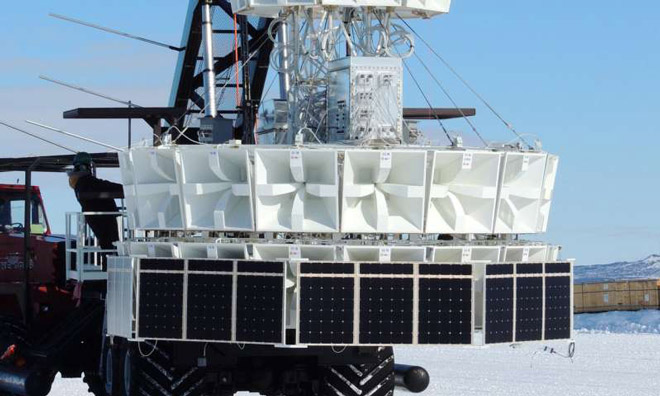 A group of researchers from the University of Pennsylvania found new evidence that some particles found in Antarctica do not correspond to the Standard Model of the structure and interaction of elementary particles.

Previous studies have shown that when low-energy cosmic particles collide with the Earth, they pass right through it. High-energy particles, on the contrary, almost certainly collide with something else that prevents them from going further. So they cause an avalanche of collisions, creating a shower of particles that ultimately appear on the other side of the planet. But what if a high-energy particle went all the way through without creating a shower of particles? This means that there probably is a particle that is not described by the Standard Model.

Earlier, a high-altitude sensor hovering over Antarctica as part of the Antarctic Impulsive Transient Antenna (ANITA) project recorded two strange particle-related events. The first is in 2006, and the second is in 2014. In both cases, the device showed that the high-energy particle somehow passed through the planet and did not collide with anything. However, the first case was written off as a technical failure or another unknown factor, and the second, although it caused great concern, also did not become a sufficient reason to seriously challenge the Standard Model.

Scientists now report that they have found other evidence for the existence of the same type of particles, suggesting that the anomalies discovered may indeed be related to unknown particles. New data were obtained using the IceCube detector, whose sensors, buried in the Antarctic ice, constantly detect events in the particle world. These data showed that three events occurred with unexplained properties.

According to the researchers, two unrelated data sources indicate that it is time to start wondering about the possible existence of particles beyond the Standard Model.