Unknown in the caves of Antarctica 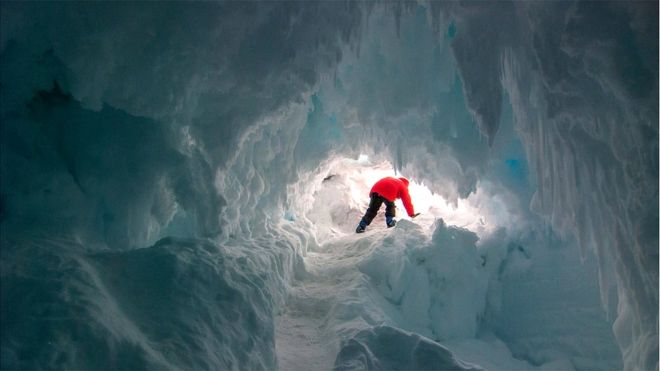 Animals and plants can live in warm caves near Antarctica, a new study reports. The caves are located around the active volcano Erebus and were formed by a ferry. The soil samples from these caves contain traces of DNA from mosses, algae and small animals.

“Inside the caves can be very warm – in some places the temperature can reach up to 25 degrees Celsius. There you can walk in a T-shirt and it will be comfortable, “says Dr. Seridwen Frazer from the Australian National University. “Near the mouth of the caves there is light, and light also seeps deep into those caves where the cover ice is fairly thin.”

Fraser also adds that most of the DNA samples coincide with the DNA of animals and plants found in other areas of Antarctica, but there is DNA, which has not yet been identified.

Co-author of the study, Professor Craig Carey noted that previously in the volcanic caves found traces of bacteria and fungi, but the new work shows that there can live and more complex organisms.

However, the fact that complex organisms can live there does not mean that they live there – traces of DNA can belong to long-extinct individuals. Therefore, scientists hope to continue scientific research and plan to go deep into the caves to find animals, rather than traces of their stay.