Unknown mutations of the human body 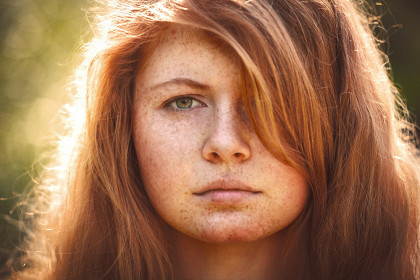 At the beginning of existence, a man looked a little different than modern people and many acquired abilities and traits are not something special now. Often we just do not notice the mutations in ourselves, considering them a common feature, but the scientists managed to trace what was not in the genes of our ancestors and vice versa.

Previously, the person needed extra large molars, since the food was several thousand years ago much harder than now. The ancestors of modern man in his diet had a large number of hard plants, but now the man has brought out soft cultures and wisdom teeth have remained unnecessary. Increasingly, modern people are born without having a single third molar, and for the first time such a mutation was revealed 350,000 years ago in China, which archaeologists have discovered.

Initially, people did not have the opportunity to absorb cow’s milk, and this ability appeared only after taming cows about 10 thousand years ago. The mutation in the MCM6 gene led to the possibility to generate an enzyme of lactase by the body, which makes it possible to absorb milk now.

Red hair is indeed a consequence of mutation in humans and is often manifested in citizens of Northern Europe. Scientists are sure that this can be explained by the fact that there is no negative selection in a cold climate. Some express concern that with changing weather, the red hair gene, which is present in only 4-5%, may disappear.

People with the above-mentioned eye color appeared officially only 6-10 thousand years ago, and earlier all the ancestors of modern society had a brown eye color. Scientists have managed to establish that such a transformation provoked the mutation of the OCA2 gene, and the first person with blue eyes, according to the results of the work carried out, lived in Europe.