Unsolved mysteries of the Earth 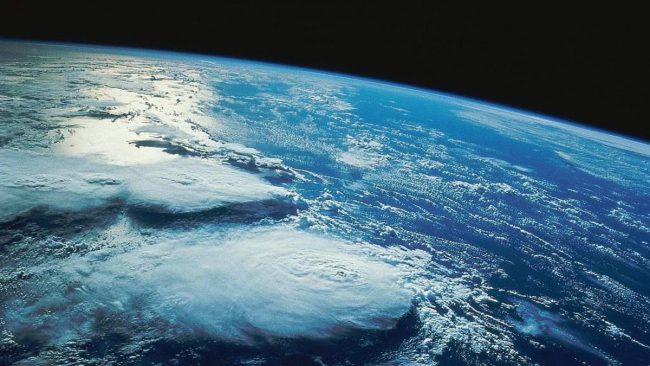 How on Earth so much water? According to scientific concepts, Earth since its formation 4.5 billion years ago was a stony desert. Where did it come from so much water?

Some scientists suggest that the water could fall to Earth during the heavy meteorite bombardment that happened 4 billion years ago. At that time our planet was hit by several large icy asteroids or comets, marked the beginning of the earth’s hydrosphere. Unfortunately, the era we are separated by too much time to find tangible evidence of this assumption.

In 1940-ies scientists were sure that I fully understood with the device of the earth’s interior. Comparing the composition of the crust with the substance of the meteorites, the researchers drew attention to the relative scarcity of iron and Nickel in the lithosphere of the planet. Based on this, the researchers came to the conclusion that these elements are concentrated in the earth’s core. However, gravimetric measurement 1950-ies have shown the inconsistency of such assumptions. – Was too easy. Today geophysicists continue to guess what is in the heart of the planet. They are also very puzzling periodic “revolutions” of Earth’s magnetic field due to the passage of liquid iron in the outer core of the planet.

Popular version of the appearance of the moon is the collision of Earth with another planet. Scientists have not yet reached consensus on this issue, as some of the facts “don’t fit” in the framework of the proposed theories. For example, the chemical composition of the stone shells of the two planets are so close, as if the whole Moon was once part of the Earth.

4. How on Earth has life appeared?

Whether there was life on Earth or she was entered on a young planet by meteorites? “Building blocks of life like amino acids, have been found on small space bodies that supported the hypothesis of panspermia. However, until now, biologists can describe in detail how these elements could connect to the first living organism. We do not have and remains of the first microbes, which, apparently, was fed stone rock.

5. Where did all the oxygen?

Its existence we owe to cyanobacteria, microscopic creatures that radically changed the Earth’s atmosphere. About 2.4 billion years ago, they have enriched gaseous shell of a planet with oxygen. However, in the next three billion years, the oxygen content in the atmosphere is greatly varied, not yet stabilized, about 541 million years ago. Only if the bacteria worked on the composition of the atmosphere or it was influenced by something else? The elucidation of the causes of oxygen-rich atmosphere is important for understanding the evolution of earth’s biosphere.

6. What caused the Cambrian explosion?

The emergence of complex life forms in the Cambrian, after four billion years after the formation of the Earth, is a unique moment in the history of the planet. Almost suddenly, at this time there are animals with the brain and blood vessels, eyes and hearts. Life develops faster than in any other era. Some theories explain the Cambrian explosion jump in the oxygen content in the atmosphere, but there are other assumptions, in particular the acceleration of the evolution of “arms races” among predators and prey.

Geologists still don’t know when I earned the “engine” of tectonic processes. Traces of ancient geological activity had long been wiped off the face of the earth. Only rare minerals zircons are remnants of the primary continental breed that has existed on Earth 4.4 billion years ago.

8. Can we predict earthquakes?

Existing methods of earthquake prediction in the best case, referred to the possibility of disaster in a time interval. The most ambitious attempt to predict the earthquake (Parkfield, California) failed in 12 years. The main problem that prevents to make accurate predictions — the lack of understanding of the factors that trigger the beginning and completion of earthquakes.