Until the “end of the world” only the tardigrade 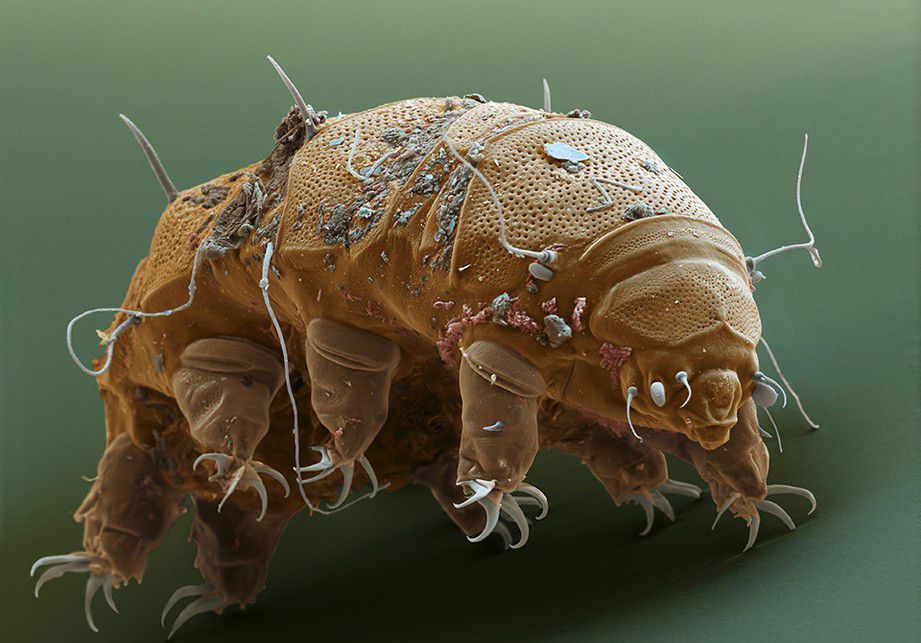 Ten years ago, after analyzing the data from the Russian biosphere “Foton-MZ”, scientists came to a very interesting discovery. One of the types of microscopic invertebrates – tardigrade, proved to be very adaptable to a long stay in open outer space. Moreover, these distant “relatives” of crayfish and insects, perfectly “spent time” in conditions of total weightlessness, multiplied and were able to survive without food and water.

In the process of studying their genes, it was revealed that out of 38,000 more than 18% (and this is more than 6,500 DNA sections) they “borrowed” from other organisms, such as extremophilic bacteria, archaea, and even fungi and plants. It was also found out that the tardigrade ships produce a “special” protein, which prevents them from dying when exposed to a lethal dose of radiation.

Using all this information, as well as data on Earth-threatening cosmic cataclysms, a team of scientists from the British University in Oxford, led by Alves Batista, began to find out which of the dangers of the cosmos or on Earth can cause the death of the quiet.

The three most important types of threats were attributed to: the fall on our planet of a large asteroid, the exploding supernova and gamma-flares. But as a result, none of these kinds of “apocalypse” will harm the Earth enough to kill all life, up to the quiet. For example, if an incredibly giant asteroid, like Vesta or one of the other major planets, the size of Pluto, falls to Earth, then all the oceans will completely disappear and evaporate into space. But the chance that this will ever happen is zero, because these objects never come close to our planet. At least, as long as the Sun exists, and it will last at least 4.5 billion years, it certainly will not threaten us.

In the case of a supernova explosion, this should happen so close to the solar system, approximately at a distance of 0.14 light years, so that all conditions and sources for the existence of life on Earth are completely destroyed. Proxima Centauri, removed 4 light years from the Sun, is the closest star to us and absolutely “threatens” nothing.

To Earth was lost from a super-powerful source of gamma-flares, in fact, it should be located at a maximum of 40 light years from us. But this is absolutely impossible, because with us “in the neighborhood” do not live so large stars that could “cast out” such a force catastrophic events.

As we know from the history of Mars’s past life, he also had an atmosphere through which the existence of extreme forms of life was possible. Astronomer Abraham Loeb of Harvard University said that there may or may not be a trace of the existence of “arthropods” like those on the Martian surface that can withstand radiation and low temperatures. Having discovered them, it would be possible to determine the boundaries of life.