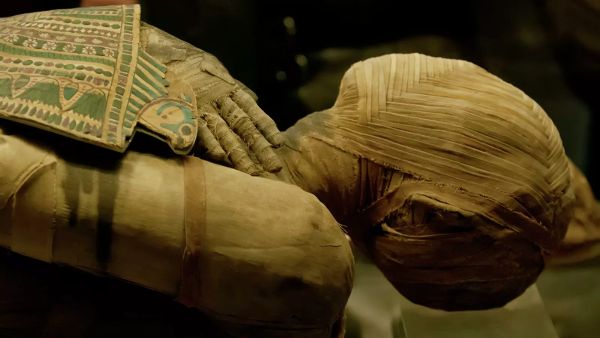 American scientists have discovered an unusual artifact inside a two-thousand-year-old Egyptian mummy, the corresponding release was published in the scientific journal Journal of the Royal Society Interface.

The authors of the study decided to study the mummy using a synchrotron particle accelerator to get detailed information about its contents. As a result, several dozen small items were discovered, including a seven-millimeter artifact made from a mineral called calcite.

This artifact was located next to the abdomen at the site of the incision through which organs were removed during mummification. According to researchers, this item is an amulet that was placed in this place specifically for the “spiritual protection” of the mummy. Scientists have suggested that the artifact is in the form of a scarab beetle, which was a common form for amulets in ancient Egypt.

Scientists also confirmed the version that the mummified body belonged to a child aged about five years. At the same time, the portrait painted on top of the mummy depicts an adult woman.

The embalmed body, known as Hawara’s portrait Mummy 4, was discovered in 1910-1911 and dates from the 1st century AD.