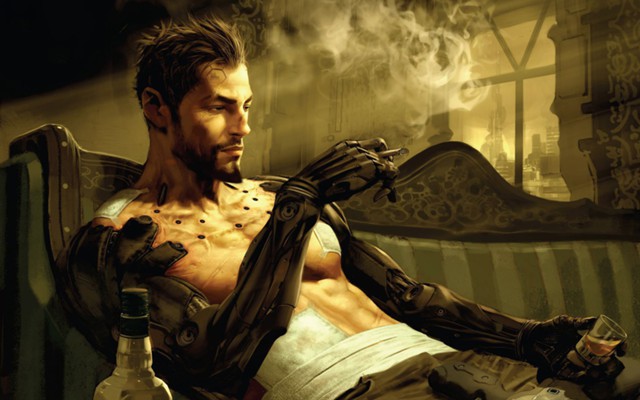 In fantasy films, a scenario is often exploited where people are perfected through technology. Often it is done by either malicious corporations for the purpose of total control and profit, or an upgrade gets only a protagonist to fight evil. In any case, for a real future, where there are augmented people, there are already prerequisites, technologies, developments. And of course, many business representatives are happy to dream of a multi-billion dollar industry to improve the human body and brain with the help of high-tech.

By 2100, artificial intelligence and biological technologies will be the basis for a new type of person, says Israeli historian Yuval Noah Harari, author of the best-selling book “Homo Deus: A Brief History of Tomorrow.”

Having made numerous achievements and discoveries in the field of science, art and economics, mankind finally thought about the fact that the body and the brain have been working for 200 thousand years on the same old “software” and “hardware complex” and it is time to think about the upgrade , Says Harari.

For more than a year, Google has been looking for a cure that can defeat death. The head of the engineering department of Google Ray Kurzweil said that by 2045, humanity can attain immortality. At first, eternal life will be available only to wealthy people who will be able to pay for the development of nanobots that will be contained in the human body and in time to rid the body of disease. These tiny devices will support the immune system and will permanently rid the person of senile diseases.

Harari argues that after a century the sight of a reasonable person will disappear from the face of the Earth, and replaced by improved biotechnology, almost to the level of the gods, people. The writer warns that humanity may face even greater division. In this case – the level of “bundling”, as not everyone can afford a full expensive upgrade. For the first time in the history of mankind, economic inequality will be most closely associated with biological inequality. Such a break can lead to a new version of “old racist ideologies, where some races are superior to others.” “Only this time, biological differences will be real, designed and manufactured,” Harari said.

According to the scientist, rich people will be able to turn themselves into godlike cyborgs. With the use of biotechnology and genetic engineering, people with large capitals will become immortal. Already today there is a theoretical opportunity to extend the process of cell division for an unlimited period. All kinds of implantation, rejuvenating procedures, transplantation of various parts of the body will make certain people able to live practically unlimited period of time.

“The revolutionary potential of future technologies is the changes of Homo sapiens, including our organisms and the brain, not just vehicles and weapons.” The most amazing in the future will not be spacecraft, but the beings that control them, “the professor said.

Harari argues that one should not deny the possibility of war with robots, but learn how to manage them. The position of the Israeli scientist is supported by many colleagues, as well as representatives of business. For example, Elon Mask, head of Tesla and Space X. Recently it became known that the billionaire created a new company called Neuralink Corp, which will be engaged in the implantation of tiny electrodes in the brain. So it is planned to implement the brain-computer interface.

As reported by The Wall Street Journal, the new company Neuralink Corp will develop a technology of “neural lace”, which will allow people to transmit messages to the computer directly, without using the physical interface. For this it is necessary to implant electrodes in the brain. Thus, people can download and download their thoughts from the computer.

However, apparently, before such a futuristic scenario is still far away. According to the publication, the new project Elona Mask at the initial stage of its activities will develop neuroimplants to combat diseases such as epilepsy or depression.

Mask has already expressed earlier about the prospects of “neural lace.” Speaking at the World Government Summit in Dubai, the executive director of Tesla Motors and SpaceX said that people should merge with cars, become a kind of cyborg. Mask explained that computers can communicate at a rate of “trillion bits per second”, while people whose main method of communication is to type text on a mobile device can transmit about 10 bits per second. In an era when artificial intelligence threatens to occupy all areas of human life, making the person useless, people understand that it is necessary to unite with the machines, according to Mask. Technologists suggest introducing a new layer of the brain, capable of quickly accessing information and connecting to the field of artificial intelligence.

By the way, the topic of implantation in the body of electronics was touched upon at the recently held forum Vestifinance. Eugene Chereshnev, founder and CEO of Biolink Technologies, has been walking with a tiny biochip implanted in his left hand for more than two years. Eugene says that formally he can no longer be called a person, he is a cyborg. However, the scientific interest in the Internet of things is quite human: to experience all the advantages and to identify possible shortcomings from such augmentation.

According to the expert, the reprogrammable chip is absolutely safe for human health, since electronics are hidden inside the hypoallergenic shell; After a short period of habituation, the chip does not cause discomfort, is not felt and does not constrain movements. As for the functional, it is the most extensive. During the experiments, Evgeniy tested on his own skin, or rather, the chip, the ability to open / close locks in the garage and the house by touch, block and unlock mobile gadgets, log on to almost any site without having to remember the password, etc. The experiment began while working Evgenia Chereshneva in Kaspersky Lab. “Already in the office turnstiles are replaced, and I pass into the building, fitness, dining room and garage without any keys,” the cyborg man told.

Eugene says that in addition to a convenient alternative to all types of keys and badges, biochip can successfully replace driver’s license, passport, medical insurance, and also a purse. While the infrastructure of cities is not designed for augmented people, so some opportunities are technologically available, but not implemented in practice. Well, in addition, both in the world and in Russia, so far few people with “smart” electronics inside the body. Among other things, chipping will allow more efficient search and rescue of people, including missing children, the use of chips in the fight against terrorism is permissible, and much, much more.

Despite the ever-increasing penetration of technology into our lives, and according to forecasts, by 2020, the number of different devices will exceed 50 billion worldwide, humanity is not yet ready to implant biochips, the expert concludes. Eugene says that, despite the fact that he voluntarily agreed to the experiment and did not regret it, he would not have offered biochip to any of his relatives yet. And it’s not about the development of hardware, the hardware platform. “Chips can be implemented when the data generated by them will start to belong to the person, not to the companies.” Now there is not enough encryption, and therefore, the data are vulnerable, there is no infrastructure in the state, “concludes Evgeny Chereshnev.