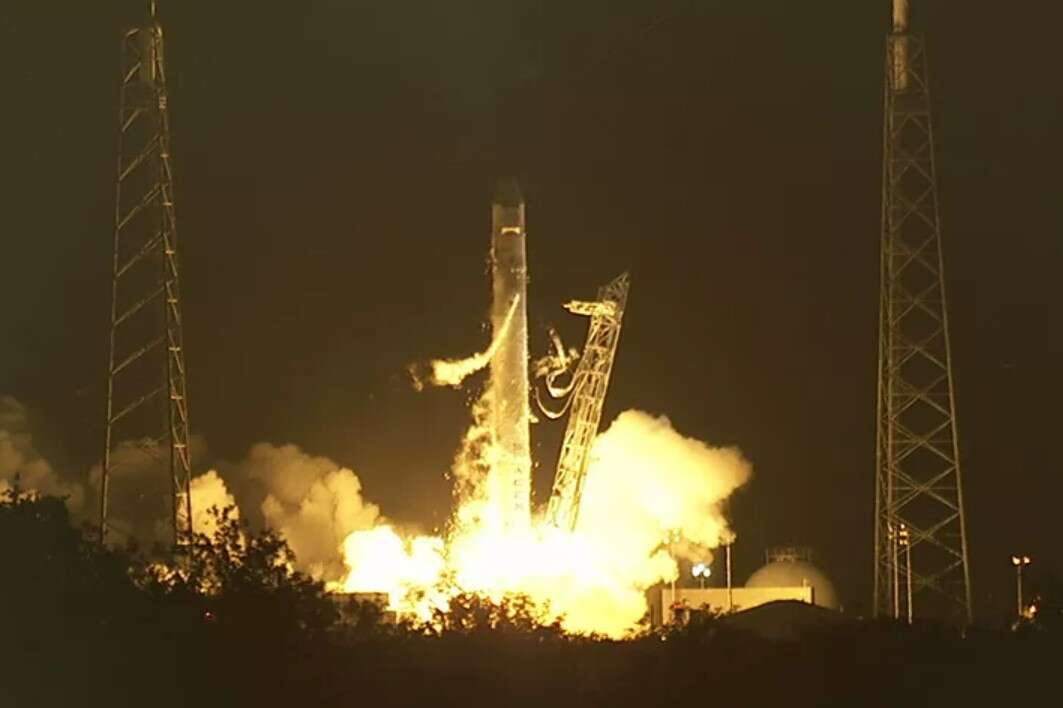 A team of researchers from the University of Nicosia in Cyprus has studied how air pollution, including carbon dioxide and soot, spreads through the air as a rocket rises through Earth’s atmosphere.

The researchers found that the concentration of several pollutants in the mesosphere (a layer of the atmosphere at an altitude of 50-80 km) remains alarmingly high for a long time after each launch. These pollutants include the main climate gas, carbon dioxide, and this worries scientists because local warming of the higher atmosphere could have far-reaching effects on the Earth’s climate.

The researchers based their study on emissions from one of today’s most popular rockets, SpaceX’s Falcon 9, which burns RP1 rocket fuel and liquid oxygen. Such rockets produce exhaust containing carbon dioxide and water vapor, as well as varying amounts of soot, nitrogen oxides and sulfur. Carbon dioxide, water vapor and nitrogen oxides are greenhouse gases that absorb heat and warm our planet.

The team said in a statement that, according to their simulations, the passage of a rocket through the mesosphere causes a significant local and short-term increase in carbon dioxide concentration.

“The mass of carbon dioxide released when a rocket rises to a height of 1 kilometer in the mesosphere is equivalent to the mass contained in 26 cubic kilometers of atmospheric air at the same height,” the researchers said in a statement, adding that such concentrations are indeed significant.

Eventually, the circulation of the atmosphere dissipates these greenhouse gases and returns their concentration to “standard” levels. However, it is not known how long concentrations remain elevated and what effect they may have on mesosphere temperature.

Other effects of rocket launches on the mesosphere have been described previously. For example, NASA space shuttle launches are known to have caused the formation of spectacular polar mesospheric clouds, the highest type of clouds known to form in the Earth’s atmosphere. Scientists are also concerned about the effect of aluminum oxide and other particles present in rocket exhaust on stratospheric ozone and the heat balance of the Earth’s atmosphere.

Looking at greenhouse gases alone, the contribution of rocket launches is rather small: it accounts for just 1% of aviation’s carbon footprint, which alone accounts for only 2.4% of annual global carbon emissions, according to the Institute for Environmental and Energy Studies.

However, the spaceflight industry is growing and the number of launches is increasing every year. Although the impact of air pollution from rockets is currently not well understood, the results of this study suggest that it would be a good idea to keep a close eye on the situation.

“We hope that commercial flight companies such as SpaceX, Virgin Galactic and New Shepard and their associated engine manufacturers take these effects into account in future developments,” study co-author Dimitris Drikakis, professor of multidisciplinary sciences at the University of Science and Technology, said in a statement. Nicosia (Cyprus).

And it is. Both SpaceX and Blue Origin, the company behind the New Shepard rocket, are using metalox methane fuel in their next-generation rockets (Starship and New Glenn, respectively). Modern research shows that metalox burns extremely efficiently during operation, resulting in very few emissions other than carbon dioxide, water vapor and a small amount of nitrogen oxides, according to the Emission Index Database published by the National Academies.