US hospitals will begin printing dentures on 3D printers 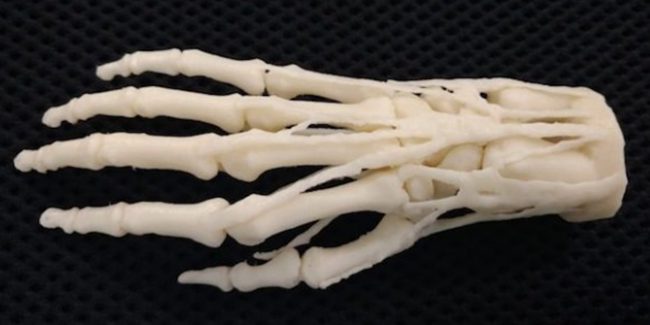 The manufacturer of 3D printers Stratasys reports that the company’s representatives signed a cooperation agreement with the US Ministry of Veterans Affairs. The result of the joint activity will be a new partnership program, in which Stratasys will install 3D printing machines in hospitals serving war veterans with disabilities.

The equipment is planned to be equipped with all the necessary components, consumables and networked, so that printers and other devices can exchange data and keep statistics. To begin with, printers will install only five American hospitals, after which they will begin to train staff to use them.

The head of Stratasys is sure that in a few years his company will be able to provide all those who need prostheses, help people to adapt to them and start living a full life again. He explained that 3D printing continues to evolve and has already significantly changed the healthcare industry, therefore it is necessary to introduce it.

Stratasys became known after it released a 3D printer capable of printing large parts. Application of the device was quickly found in the aerospace industry, after which the novelty became interested in Boeing, Siemens and Ford. With the help of such a printer you can, for example, immediately print the entire cabin of the aircraft at a time.