US published a video archive of nuclear tests 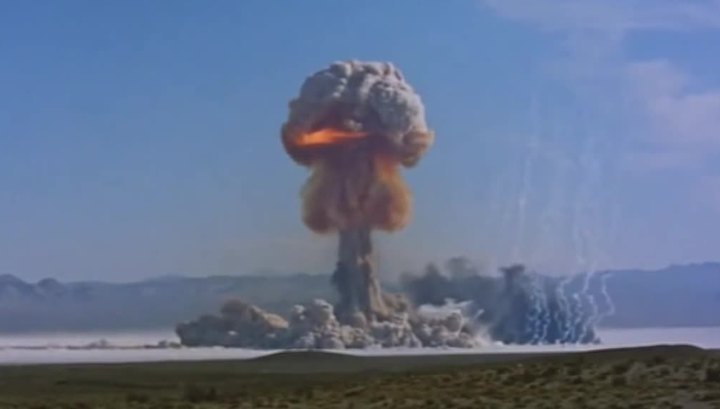 In the US, physicists at the Livermore National Laboratory declassified dozens of videos that were made during nuclear weapons tests in the mid-twentieth century.

From 1945 to 1962, the United States of America conducted a total of 210 tests of nuclear weapons in the atmosphere. All of them were recorded on tape with several cameras. Ten thousand films were in secret storage for 50 years. And only now the US government has given permission to publish these materials.

For five years, experts at the Livermore National Laboratory have been working on restoring and scanning films. Scientists believe that these terrible shots will help to save humanity from error.

“All these films are linked by the fact that they contain a lot of quality scientific data, data that can never be reproduced, it’s a destructive weapon, and I hope that it will never be used in war, but its reserves are more than 70 years old are an effective deterrent, I hope that this project will help to preserve this effect, “said LNL nuclear physicist, head of the conservation group, Gregg Spriggs.

Tests of nuclear weapons in the atmosphere were treated as the least dangerous. Now it is clear that this is not the case.

Igor Nikulin, a former member of the UN Commission on Biological and Chemical Weapons, explained: “This is probably the most dangerous form of testing, although in the ocean it’s not any better either because it all depends on the wind rose.” And where this radioactive cloud will fly. , it can fly anywhere and fly around the globe several times, so the consequence is an increase in the number of cancer worldwide. ”

As a result, the concentration of radioactive substances in the atmosphere reached a peak level in 1965. Although, in 1962, the tests were discontinued. But, those changes that have already occurred are practically irreversible.

Military expert Aleksei Leonkov said: “Here is the Bikini Atoll – one of the areas of nuclear weapons tests conducted by the Americans, It really turned into a dead zone, where no one has notified people about it, and they have not been asked if they want such consequences? the inhabitants of the islands Americans are not going to apologize and pay any compensation. ”

23 nuclear explosions. Inhabitants of the atoll were evacuated in advance to one of the uninhabited islands with a supply of food. And after the tests they were returned to the spent landfill. After a few hours they showed symptoms of radiation sickness. And only a week later the Americans decided to provide medical assistance to the victims. In total, during the period of US nuclear tests, 840 Pacific Islanders died of cancer. Studies were also conducted on a voluntary basis. Of course, the deadly danger of the experimental was not warned.

Military expert Aleksei Leonkov said: “There were tests involving US Army soldiers, they determined how the army could act on the battlefield after such a test of nuclear weapons, but, as far as we know, it was somehow managed to knock out this participant’s compensation. , anyway, money will never restore the health of people they lost as a result of experiments, they were warned, they just did not talk about the consequences that will be with health. ”

Effective defense systems for a nuclear attack have not yet been developed. Only autonomous underground bunkers. You can spend a maximum of a few years there. The half-life of carbon-14 is 5370 years. And if the Third World War comes – there will be no winners in it.