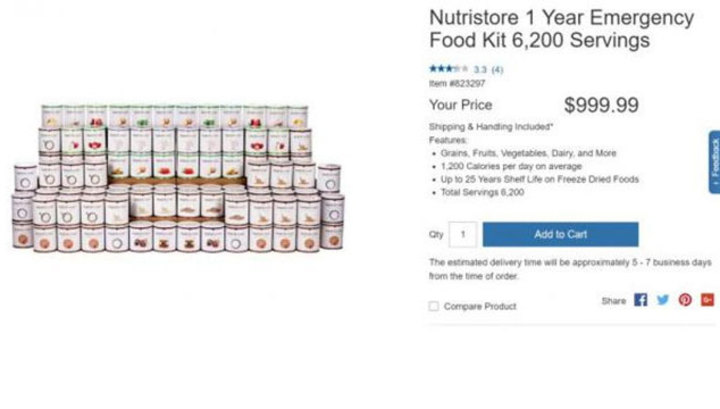 The network of American stores Costco began to sell special “survival kits”, which will be useful to customers in case of sudden onset of the Apocalypse. One of the components of such a package is the packaging of canned goods for a thousand dollars, which can be stored for up to 25 years.

According to store representatives, canned food included in the set, one person can eat for a year. For a thousand dollars a person buys not less than 6.2 thousand portions of food.

Canned food, packed in a hundred cans, some of which is intended for breakfast, and some for lunches and dinners, consists of wheat, rice, milk, grains, fruits, vegetables and meat. Also, the set includes salt and sugar.

Representatives of Costco told that they wanted to prepare a supply of food, which will help the whole family survive any catastrophe. The store staff did not answer the question of how many “sets for the Apocalypse” had already been sold.