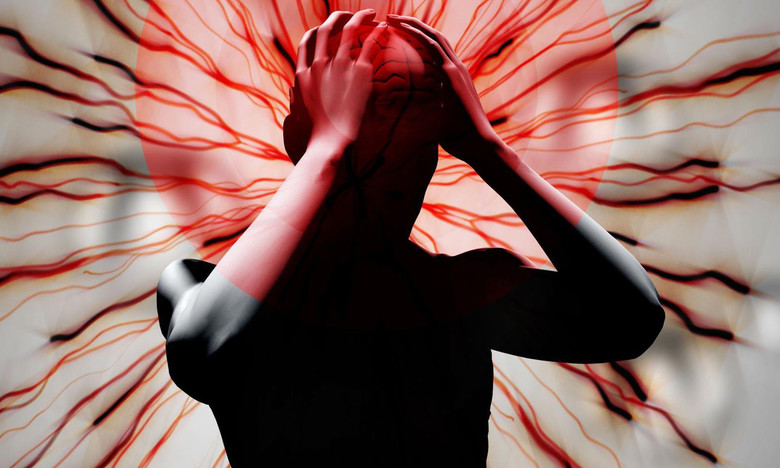 Fear – one of the most strong human feelings. And it is good when it can save from a big trouble, including protective forces of an organism in time. But what if it involves these forces where there is no real danger?

Whether the fear has a reason

When in addition to desire in the person there is a fear which isn’t connected with a self-preservation instinct – it means that it fell a victim of a phobia. Such fear is, as a rule, deprived of efficient causes. As a matter of fact, it is a pathological condition and is expressed in inadequate reaction to a concern source.

As if distinctly the person understood that his fear is vain, – independently he won’t manage to cope with it. Preserving consciousness and lack of nonsense and images allow to separate from phobias heavier frustration, such as paranoia or schizophrenia.

The mechanics of emergence of phobias is researched not enough, however the people who are in risk group today, are already known to science. The severe truth of is as follows: more than 80% of the people subject to baseless scare, purchased this feature by inheritance.

Their parents differed in tendency to be frightened all on light and necessarily put some idea to children that the world is extremely dangerous to them. Also the injury got in the childhood or even at adult age – the death of the relative, attack, motor vehicle accident can become the reason of emergence of a phobia.

Physicians don’t recommend to apply to treatment of phobias of medicine. The risk of origin at patients of dependence on special medicines is too high. On those who are subject to phobias psychotherapy sessions are recognized as the best method of impact. After their carrying out patients have a confidence in safety of frightening situations and behavior methods at the moments the fobicheskikh of attacks are developed.

The immersion method in the phobia tormenting them is applied to achievement of these purposes to patients: having appeared face to face with danger, patients anew learn to find sense of reality, to reduce the level of a stress and it is more natural to react to a fear source.

What it is possible to be frightened

Numerous phobias overcome a noticeable part of the people living on the globe. 10% of the population of Earth are subject to in total them. And women are ill far more often than men – in any case they four times more often than the stronger sex ask for the help physicians.

A variety of human fears is very extensive: today their psychiatrists know more than 300 types. It would be impossible to understand such quantity of phobias without their division into groups. The most known classification contains eight main types the fobicheskikh of frustration.

Persons with social phobia – people who are afraid of any actions of public life, from public statements to need in the face of people around to go to a toilet treat the first type.

Representatives of other type in panic are afraid not of people, and space: agoraphobes are horrified by the big open areas, and a klaustrofoba – on the contrary, by the closed small room, for example the elevator.

One more type includes those who in every possible way avoid sexual manifestations of any sort. An example of such frustration – a koitofobiya, in other words, fear of sexual intercourse which is suffered generally by women.

During the periods of mass epidemics the various fears connected with diseases become aggravated, – the nozofobiya, fear is most known to fall a victim of any illness. In the neighbourhood with this there is also other group – tanatofoba, the people who are afraid of death and everything that is connected with it. 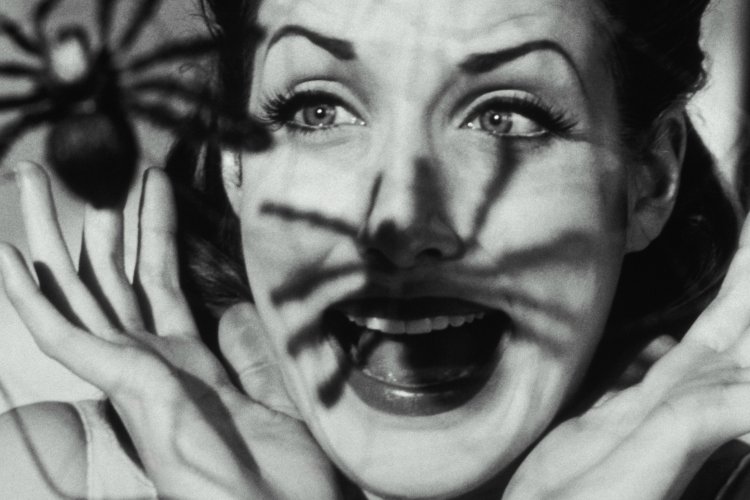 Separate type of fears – fear of people to do any harm to the relatives or itself.

There is also a group of the phobias called contrast, – they unite fears of discrepancy, for example fear of the well-mannered person to do something indecent on public. The last type – fobofobiya (there are also such) – includes actually fears to feel fear.

It is curious that fobichesky frustration pass old men: in the absence of treatment the phobia continues to torment the patient approximately up to 50 years then gradually comes to naught.

The strangest and amusing

In the list of phobias except extended (fear of height, darkness, planes, snakes and dogs) can be found and such which as though are invented specially just for fun a healthy part of mankind. However whatever strange the phobia seemed, it causes suffering from it it is a lot of inconveniences.

For example, the congestion in one place of small openings is capable to perturb a tripofob. The people suffering from this phobia are deprived of pleasure to regale on honey honeycombs or cheese. Not smaller disgust in them is caused by sponges for washing. These innocent objects can become the reason of nausea, itch on all body and even suffocation. 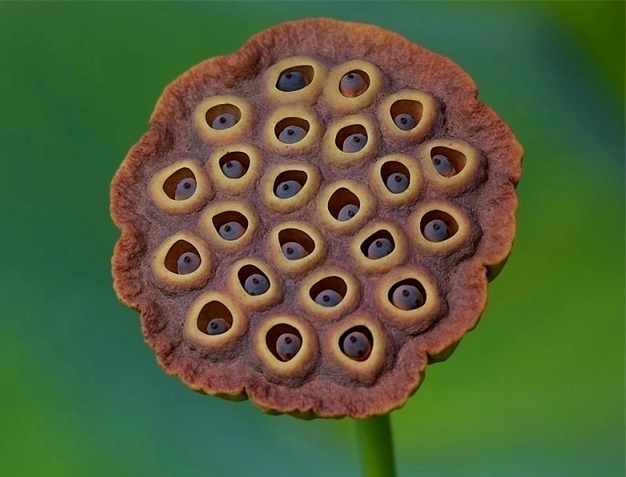 Possibly, for children’s fears the pediofobiya – fear of dolls has grown. Those who are subject to her are frightened not so terrible doll monsters – their fear extends both to lovely baby dolls and on graceful Barbie.

All trouble because in fact pediofoba are afraid of any artificial model of the person, and therefore robots, and even store dummies arouse fear in them.

The scientific name of fear of long words speaks for itself – a gippopotomonstroseskippedalofobiya. Everyone, suffering from this fear, tries in any way to avoid a meeting with polysyllabic, intricate words.

Sometimes among the fobicheskikh of frustration fears come across finally absurd, according to the ordinary person. Omfalofoba are capable to be frightened of one type of a human navel. They don’t take out others touch to own navel and not for the world won’t concern this part of a body at others.

In an extreme form panic in the patient is caused even by a thought of navels.

Those who in the childhood often listened to the fairy tale “Wild Swans” where the wicked witch has made princes birds can quite get an avidsofobiya – fear to turn into a bird.

But first place in the rating of absurd frustration, certainly, is won by a luposlipafobiya – fear of attack of wolves at that very moment when the patient walks in socks around a table on the parquet rubbed with wax. The causes of this mysterious phobia remain unknown for psychiatrists of the whole world to this day.

Celebrities are afraid too

Many historic figures – possibly suffered from phobias because people with uncommon mentality are more subject to various neurotic states. In certain cases the disease overcame even those who had a reputation for the expert on mental disorders.

Didn’t pass a phobia and the famous psychoanalyst Siegmund Freud: he possessed the whole bouquet of various fears. Freud, for example, in panic was afraid to travel by train – he invented any ways of movement if only not to get into the railway car.

Besides, the classic of psychoanalysis felt horror before any kinds of weapon. And fear of ferns was the strangest of his phobias – biographers of the scientist believe that he has got her as a result of certain children’s experiences.

The Hollywood master Alfred Hitchcock who was so skillfully immersing the viewer in the film nightmares all life suffered from an ovofobiya – hatred to oval objects which seemed to him repellent. “the father of the thriller” felt special hostility to eggs because of their oval form. For all life the director hasn’t eaten any egg as their look provoked him disgust. 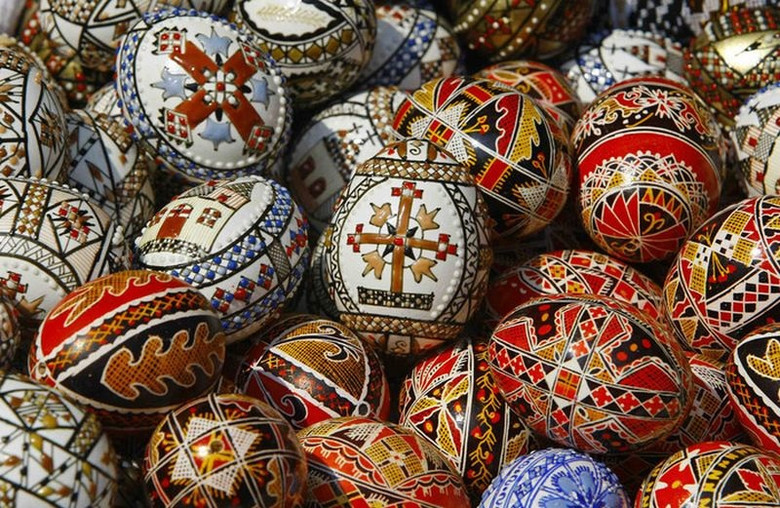 The inventor Nikola Tesla freely felt in the scientific laboratory, but, leaving it, gave in to germofobiya attacks – the fear of microbes called also by a disease of neatniks. The physicist in every possible way avoided touches to other people and objects, on each of which, in his opinion, dangerous microorganisms teemed.

As well as everything, subject to this frustration, the scientist often washed hands, but it didn’t help – the world for him all the same remained full of dirt.

Didn’t pass “a disease of false fear” and modern celebrities. Johnny Depp suffers from fear of clowns and the other painted faces. By his own recognition, it seems to it that under a bright make-up there is no person and if is – it is a face of a Satan.

It is surprising how at the same time the actor in succession played several years Jack Sparrow sporting with the bedash person in movies “Pirates of the Caribbean Sea”.

The soccer star David Beckham doesn’t take out a disorder at all. The thing lying not on the place is capable to cause in it panic state, and such strong that the football player right there starts installing it into place.

And the actress Nichole Kidman suffers from a lepidopterofobiya – fear of butterflies. It is unknown, than these charming creations cause her fear, however Nicole can’t even force to enter the house if at an entrance the fragile and charming insect has sat down.

Certainly, as far as funny phobias looked, it is necessary to remember that this neurotic frustration demanding treatment from the psychiatrist.