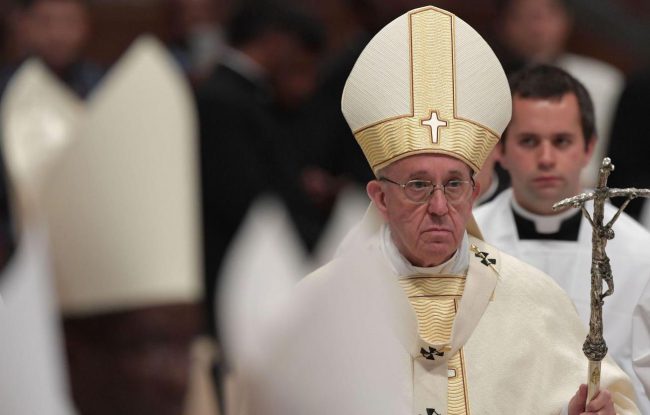 Time flows, and people’s views change with him. Once for talking about space and the circular shape of the Earth you could be severely punished, but nowadays it becomes more difficult to go against scientific facts. And this is well understood by the officials of the Vatican, especially after the Roman Catholic Church recognized the reality of the Big Bang. Now the clergy faces a difficult task: to strengthen the relationship of religion and science. That is why the leading scientists studying astronomy and evolution of the Universe were invited to the Vatican.

The Pope Francis hopes, with the help of the world’s luminaries, to try to understand the essence of the Big Bang and to understand a number of issues of interest to him. Astrophysicists from around the world will gather in the Vatican Observatory to discuss black holes, gravitational waves and spatiotemporal singularities. The conference will last exactly one week and will be the first step of the Catholic Church towards rapprochement with the world of science.

Recall that in 2014, Pope Francis stated that “God is not some kind of magician with a magic wand”, and evolution and the Big Bang are quite real. During the conference, we will have to pay tribute to the memory of the Belgian Catholic priest and astronomer Georges Lemaitre, who made a great contribution to the rapprochement of the church and science in the middle of the last century. The Vatican Observatory was founded by Pope Leo XIII in 1891 to correct the idea of ​​people that the church is hostile to science.