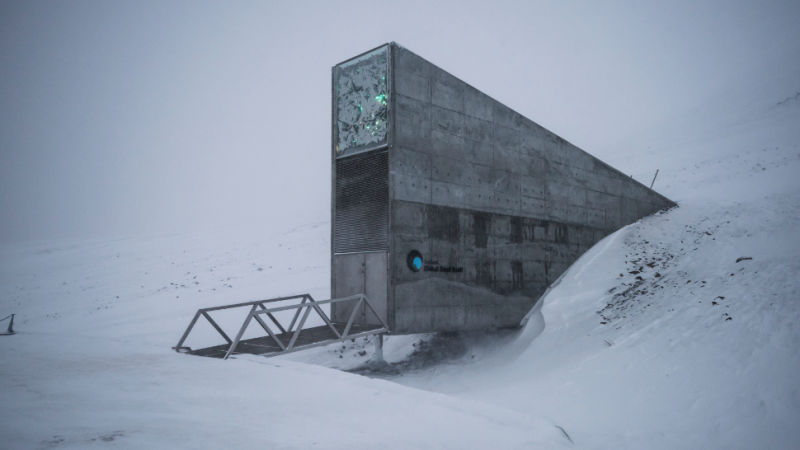 The world seed storage in Svalbard has been replenished with new seeds. If you have not heard about any of the World Seminars, here is a brief reference: in the case of global catastrophes, whether the Third World or the New Ice Age, the Arctic Circle has been equipped with an underground storage facility for seeds from all over the world – scientists believe that Thus, the world hunger will be prevented, which will inevitably follow with the extinction of crops. With the new replenishment, there are now more than one million different types of seeds in the repository.

This time, such countries as Benin, India, Pakistan, Lebanon, Morocco, the Netherlands, the USA, Bosnia and Herzegovina, Belarus and the United Kingdom took care of the preservation of the gifts of nature and the works of selection.

The deposit is financed and supported by the Norwegian government, as well as by the Global Fund for Diversity of Agricultural Crops and the Scandinavian Center for Genetic Resources. The repository was founded in 2007, today it houses the world’s largest collection of crops. The storage itself is located beyond the Arctic Circle, for 1287 kilometers, on the Norwegian island of Spitsbergen. The Global Diversity Fund finances the collection, preparation and dispatch of seeds from all sorts of countries, the Fund also finances the operation of the storage itself. The Scandinavian Center for Genetic Resources ensures that the seeds are stored properly.

The storehouse can accommodate more than 4.5 million types of seeds, all samples are stored under permafrost deep underground.

Maria Haga, Executive Director of the Global Fund, is pleased that the depository is growing: “Today’s contribution demonstrates that, despite all the disagreements in the economic and political arenas, humanity is still capable of collective efforts – we are still concerned about the issue of preventing possible extinction. Of the total number of countries, more than a quarter have already contributed to the preservation of the global food resource. ”

As stated in paragraph 2.5 of the United Nations Program on Sustainable Development, each country confirms the need to collect and protect the diversity of crops. Haga says: “The diversity of cultures is the necessary basis for eradicating hunger”. 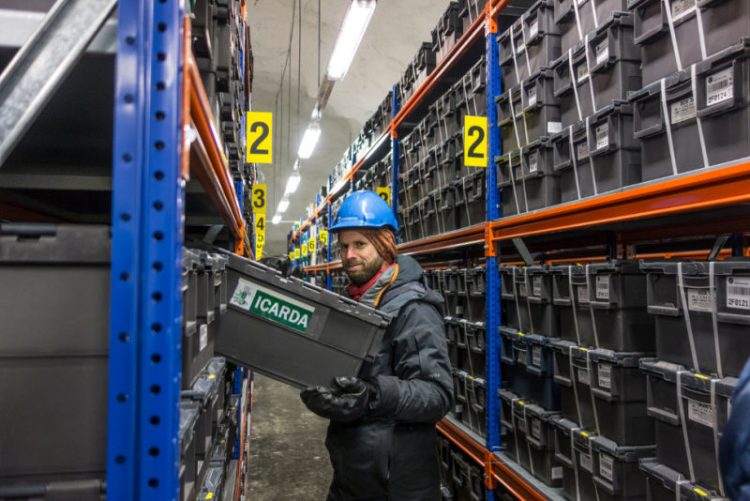 The representative of the Crop Diversity Foundation explains: “In Svalbard, seeds of crops are stored, the existence of which is considered necessary to preserve the global food resource. The investor country makes two samples: the first goes to Spitsbergen, the second – to another genetic bank. ”

The countries that make contributions retain their rights to own the seeds, and regulate access to them. The storage itself has a separate area for each individual country.

The value of the World Warehouse can not be overestimated. In addition, it has already proved its worth in the conditions of political instability.

In 2015, during the war in Syria, where Aleppo was at risk, scientists seized the seeds from the vault to test how they grow in the arid regions of Morocco and Lebanon. The test was successfully passed, and the seeds were returned to the repository.

Ali Abushaba, general director of the International Center for Agricultural Research in the Dry Areas (ICARDA), said: “We have proved that we can safely rely on genetic banks, as a species, to provide them with conservation and seed collection. Such a protective measure is another step towards a future full of food abundance “.

The need for such repositories is growing stronger and stronger, literally every day, because we are increasingly confronted with climate change and natural disasters. Floods, droughts, dust storms, along with an unstable geopolitical situation, are a direct threat to our survival.

For this purpose, these repositories have been created – they are necessary for us so that we can survive the darkness of a distant and sinister future.