Vegetarianism has a bad effect on mental abilities 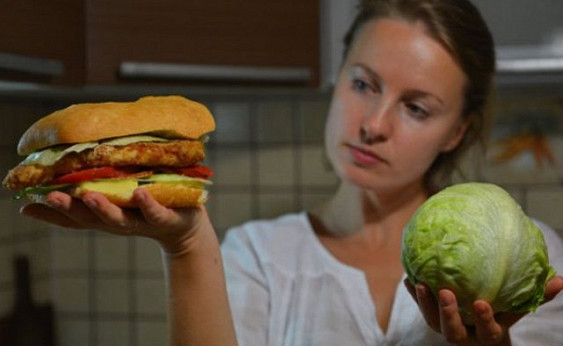 In an unceasing dispute between vegans and meat eaters, scientists have poured a new portion of the reason to argue. This time, experts in the field of healthy nutrition added fuel to the fire, who conducted extensive research and found that the children of the mothers of vegans, learn worse in school and receive lower grades than the children of mothers of meat eaters.

Scientists have found out that this is due to vitamin B12 deficiency in the children’s diet, which is present in milk and eggs. Even at the stage of intrauterine development, the child does not receive the vital vitamin B12 and this negatively affects its subsequent development.

Norwegian scientists conducted a series of experiments and found out. That children who have a low content of this vitamin, much worse cope with school tests, making puzzles, hedgehogs recognize words compared to children whose mothers during pregnancy used meat, milk and eggs for food.

Deficiency of vitamin B12 disrupts and slows the development of the brain in young children. The key ingredients for the early development of babies are vitamins B12, D, iron, zinc and calcium, – this is the conclusion of scientists.