Vengeful American killed a huge alligator because of a long offense 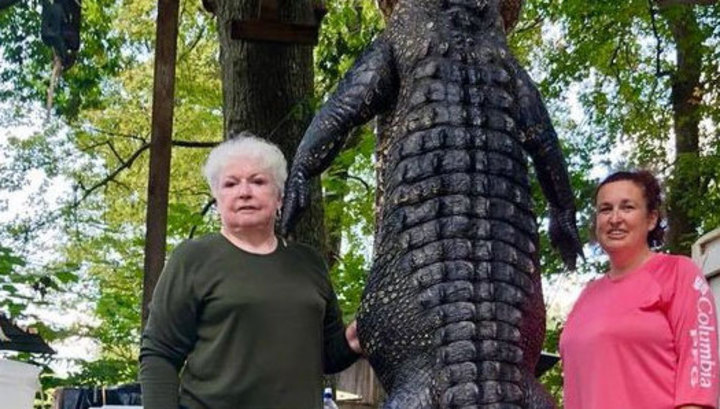 American Judy Cochran from Texas says that 2018 will be unforgettable for her. In May, she became mayor of the home town of Livingston, in September – her great-grandmother, and the other day managed to kill a huge alligator with a length of more than 3.6 meters and weighing more than 260 kilograms on her ranch.

She has an old account for this alligator. The old woman suspects that it was he who dragged her beloved pony three years ago, who was searched for a long time, but was never found.

Earlier in the vicinity of the ranch, she already came across alligators, but they were too small to be suspected of stealing a pony.

The American admits that the meat of the killed alligator plans to eat, make leather from the skin, and hang the head of the dead reptile in his office. This great-grandmother-avenger told the television channel USA Today.

At the same time, she does not want to be thought of as a hunter, and did not think that the avenger is boasting of prey.

In Texas, you can hunt alligators only for 20 days in September. In this case, the reptile must be hooked before it is shot.

Judy Cochran was lucky: a major alligator suspected of stealing her beloved pony was not only seen, but also hooked on days allowed for reptilian hunting.