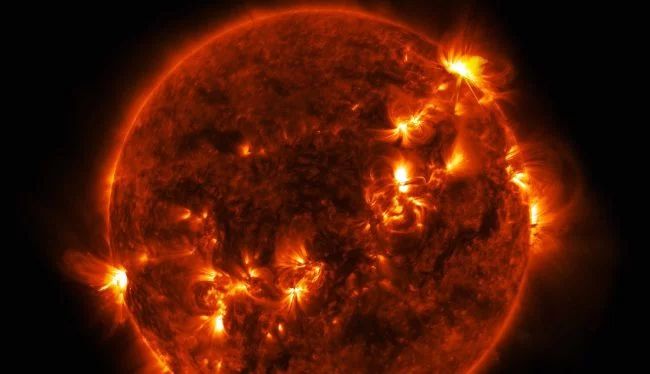 Powerful magnetic storms are included in the list of cosmic cataclysms that can destroy life on Earth. A strong stream of solar wind can disable all electronics, leaving the planet without light and heat, without which life is difficult to imagine. The study of the secret documents of the Vietnam War once again proved the danger of solar activities. It was confirmed that they once caused dozens of underwater mines to trigger.

These mines were installed off the coast of North Vietnam by the US Navy as part of Operation Pocket Money. A few weeks later, on August 4, 1972, about 20-30 explosions were recorded south of the city of Haiphong. Magnetic mines could work only with the appearance of ships that cause changes in the magnetic field. There were no objects nearby, so scientists of that time immediately thought about the influence of solar activity.

According to Brett Carter, a senior lecturer at the Melbourne University of Technology, scientists in the 1970s were aware of the ability of the Sun to initiate changes in the magnetic field. However, they doubted that the force of the magnetic storm was enough to initiate mine explosions. Re-examination of historical documents showed that in 1972 there was indeed an excessive activity of the sun.

From 2 to 4 August, the area of ​​the Sun called MR 11976 released a series of flares that reached Earth in just 14.6 hours. This is an absolute record – usually to reach the geomagnetic field of the Earth, the pulses take from 24 to 48 hours. The reason for the increased speed are two previous spikes, which cleared the way to our planet. The storm that occurred was not only the cause of mine explosions, but also power outages and telephone interruptions.

The authors of the new research believe that the power of the solar storm of the times of the Vietnam War is comparable to the strength of the “Carrington Events” of 1859. Such activity today can cause damage to satellites and the power grid. To avoid this, the researchers intend to continue to study the storms that have occurred, in order to come up with a way to prevent their consequences.