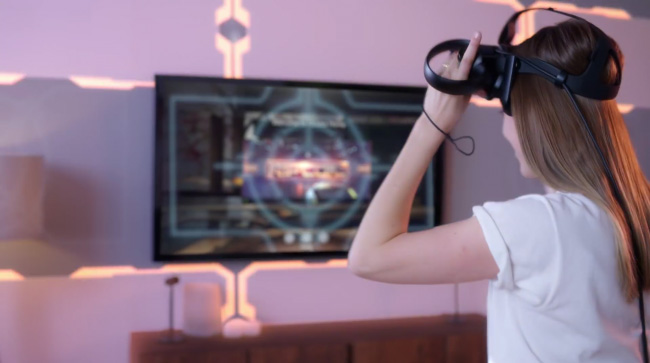 The company Oculus Rift has released a new video that announces some games for the controller Oculus Touch. It is reported that its deliveries will begin in the near future and soon those who already have a virtual reality system Oculus Rift will be able to try out.

Touch for Oculus announced support for more than 30 games, they will all be specially adapted to the virtual reality system and supports gesture control, so the player will be able to literally touch objects of the game environment. Was shown and four exclusive VR games that are created exclusively for the Oculus devices.

The first is a Thriller Wilson’s Heart, which had been worked Studio Twisted Pixel, not so long ago parted with Microsoft. The portfolio team is a rail shooter The Gunstringer, released specifically for the Kinect controller on the Xbox 360, Splosion Man and a few other projects. In Wilson’s Heart, the player will try on the role of a patient whose heart was replaced with a strange device. To work on the game was invited to the famous actors.

Ripcoil futuristic game from Sanzaru Games, where you throw discs in the arena.

Killing Floor: Incursion — known co-op shooter where you can both crumble into dust, zombies and other evil spirits that whole hordes of attacking players.

Game Superhot came out not so long ago on multiple platforms, at the moment is its adaptation to virtual reality devices. Superhot looks very stylish, and it only moves along with the player, so Oculus can provide Touch already familiar with the project players a new and interesting experience, and everything will look very impressive!

Was named and other games that support controller. Here are some of them: Oculus Medium, Unspoken, Dead & Buried, Rock Band VR VR Serious Sam: The Last Hope, The Climb, Pro Fishing Challenge VR, Luna, I Expect You to Die, the Giant Cop, the Job Simulator and Fantastic Contraption.

The developers claim that the development is still several hundreds of unannounced projects, some of which announce the fall of 2016.