Volcanoes can intensify melting of glaciers 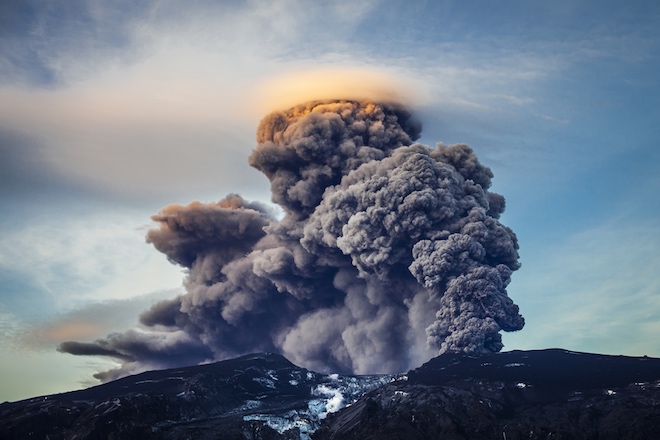 “We found that volcanic eruptions as a whole coincide in time with more active melting of the ice cover during the year over a period of a thousand years,” said lead author Francesco Mashitello of the Lamont-Doherty Earth Observatory at Columbia University.

These were volcanoes erupting not only on the ice shield or near it, in some cases they were a thousand kilometers away. Huge clouds of ash flew up into the sky, and when ash fell on the ice, it made it darker and made to absorb more sunlight than usual.

“We know that if the ice is dark, then the reflection coefficient decreases, and it melts faster. But so far no one has been able to demonstrate a direct link between volcanism and the melting of ice in the ancient climate, “explained Mashitello.

The discovery is based on a study of cross-sections of deposits called glacial varves, most of which were collected in the 1980s and 90s. Band clays are layered sedimentary rocks that are formed when meltwater below the ice sheet carries a large amount of sedimentary rocks into the lakes near the edge of the shield. Like tree rings, layers of tape clay store a story about the conditions of each past year. The thicker layer indicates a more active melting, which provided a larger volume of water for sediment transport.

The team also compared banded clays with bedrocks from the Greenland ice sheet containing information about the ancient atmospheric conditions. Testing of these layers for the presence of sulfates showed, in what years, explosive volcanic eruptions occurred, which usually emit a lot of ash. Comparing the layers of ice with the layers of tape clay of the same periods, the team found that years with explosive volcanic activity correspond to thicker layers of tape clay, indicating a stronger melting of the northern European ice shield. 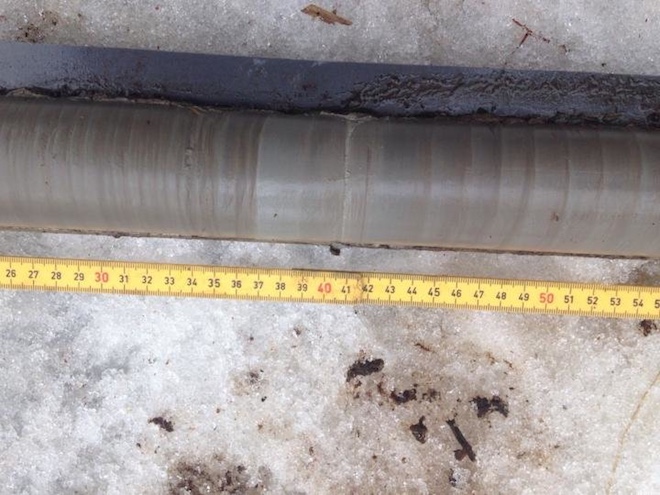 Mashitello and his colleagues studied the period from 13,200 to 12,000 years ago, when the last glacial period passed into a modern warm climate, and focused on volcanic eruptions in the northern high latitudes.

How much ice can melt under the impact of the eruption? “It is difficult to name the exact number. It depends on many factors, “says the glaciologist and co-author of the work of James Lee of Liverpool University. Having launched thousands of model simulations, the team found that the amount of melting depends on the specific eruption, the snow cover and the height of the ice cover at that time. In the worst scenarios, the model predicted that ash deposition would remove from 20 cm to 1 m of ice from the surface of the highest sections of the ice shield.

Another intriguing conclusion of the research is that the melting of ice sheets and glaciers can increase the frequency of volcanic eruptions in the frozen areas by reducing the load on the earth’s crust, which contributes to the elevation of magma. If the link between volcanism and the melting of the ice sheet is confirmed, this may indicate a so-called “feedback loop” in which eruptions exacerbate melting, and enhanced melting causes more eruptions.