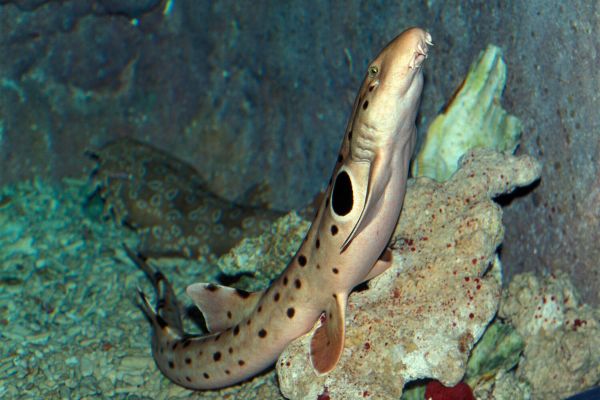 On the coast of Papua New Guinea, scientists filmed a shark that crossed a puddle on its fins, Live Science reports.

The animal turned out to be an epaulet shark (Hemiscyllium ocellatum), which is the only shark that can walk on land. Scientists believe that epaulette sharks evolved the ability to walk because it helped them forage in conditions where other sharks could not survive.

Scientists believe that this species of sharks on fins can cover a distance of 30 meters or more, this is possible due to the fact that the shark can stay out of the water for up to an hour.

In the future, scientists hope to answer the question of how a species with such little genetic diversity in populations could produce individuals that differ so much in appearance. The patterns in the epaulet shark’s distinctive spots vary so much that no two individuals are exactly alike. Some scholars believe that epaulettes can change their color pattern at will.