War of the planet of the apes 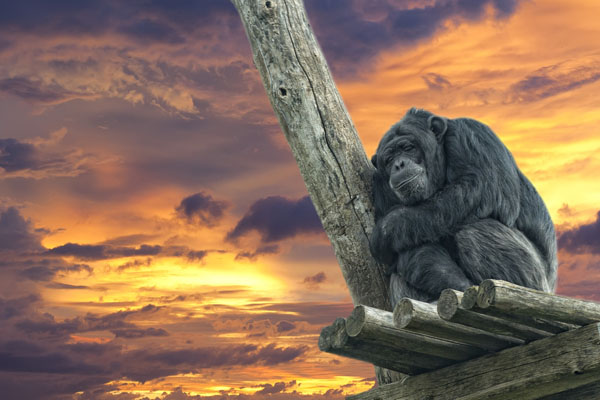 For a long time nobody believed in the reality of these events – primates were the real long war. Witness the war chimpanzees − Jane Goodall − primatologist, ethologist and anthropologist from the UK.

It is more than 45 years devoted to the study of the social life of chimpanzees in the National Park of Gombe in Tanzania. The recipient of many awards, including the International peace prize and the knight order of the British Empire. Has published numerous scientific papers, some of which are about the violent feud among the animals.

Just visiting the place for fighting, scientists believed in this fact. Although primates have learned to respect the boundaries of their lands, the events of 40 years ago allow a better understanding of the origin of aggressive behavior in humans.

In 1974 Jane Goodall found that one of the communities that previously lived together, were divided into two subgroups, named by zoologists of Kasakela and Kahama. Part of Casaceli consisted of 8 adult males, 12 females and several cubs. The new settlement they chose the Northern part of the Tanzanian National Park of Gombe stream. Kagame were in the minority − 6 males, 3 females and their cubs they were settled on the southern territory Gombe.

The first day of the war chimp is considered to be January 7, 1974 males Kasekela treacherously attacked the male named Gobi from Kagame. From this day for four years between the groups has been heavy fighting. Opponents are not just threw each other with stones, monkeys used a clever tactic. They watched for the enemy, and prevented his attempts to escape. Moreover after killing a kinsman, the winners divided his carcass between them and then eat without leaving the battlefield.

During the four years of Kasekela killed all the males and one female (two were missing), the grown cubs captured. Cleaning, thus, the southern part of the Park, Kasakela took possession of it. But soon the tide turned against them. Another neighboring community of monkeys, Calanda declared war on them. Kalanda was a significant advantage in power. Former winners, losing several battles, he returned to the North, and, Kalanga settled on the newly reclaimed southern part of the Park.