Warming Arctic May Be Caused By Earthquakes 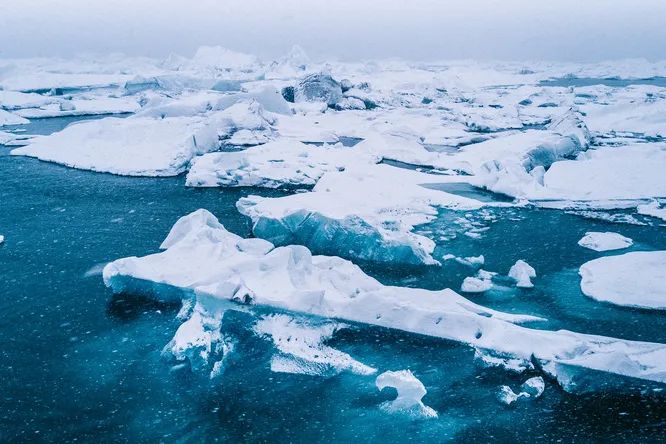 A Russian scientist has proposed a new explanation for the rapid warming in the Arctic. A series of strong earthquakes may be to blame, according to a new study.

It would seem, how earthquakes can be connected with climate warming? It turns out that tectonic waves can destroy gas hydrates in the shelf zone, which is why the greenhouse gas methane enters the atmosphere.

In the Arctic, one of the factors affecting climate warming is the release of methane from permafrost and metastable gas hydrates in the shelf zone. Since researchers began monitoring temperatures in the region, they have recorded two periods of sharp warming: the first continued during the 1920s and 30s, and the second began in 1980 and continues to this day.

In his new study, an employee of the Moscow Institute of Physics and Technology, Professor Leopold Lobkovsky, put forward a new hypothesis to explain the warming phenomena observed in the Arctic. The scientist suggests that the unexplained sudden changes in temperature could be caused by geodynamic factors. In particular, he pointed to a series of strong earthquakes in the Aleutian arc, which is the closest seismically active area to the Arctic.

To test his hypothesis, the researcher had to answer three questions. First, did the dates of the great earthquakes coincide with the periods of temperature rise? Secondly, what mechanism allowed lithospheric disturbances to spread over 2000 kilometers from the Aleutian Islands to the Arctic shelf? Third, how do these disturbances amplify methane emissions?

The answer to the first question was obtained from the analysis of historical data. It turned out that two series of great earthquakes in the 20th century were actually observed on the Aleutian Arc in the 20th century. Approximately 15-20 years after each of them, a rise in temperature was recorded in the region. To answer the second question, scientists have created a model of the dynamics of the excitation of the lithosphere.

The model used by the authors describes the propagation of the so-called tectonic waves and predicts that they should move at a speed of about 100 kilometers per year. The findings are consistent with the delay between each of the large series of earthquakes and the subsequent rise in temperature, as the disturbances took 15 to 20 years to travel over 2,000 kilometers.

To answer the third question, the researcher proposed the following explanation: deformation waves entering the shelf zone cause insignificant additional stresses in the lithosphere, sufficient to destroy metastable gas hydrates and permafrost storing captured methane. This leads to the release of methane into the shelf water and the atmosphere, which leads to a warming of the climate in the region due to the greenhouse effect.