Warming in the Arctic is harming birds in Africa 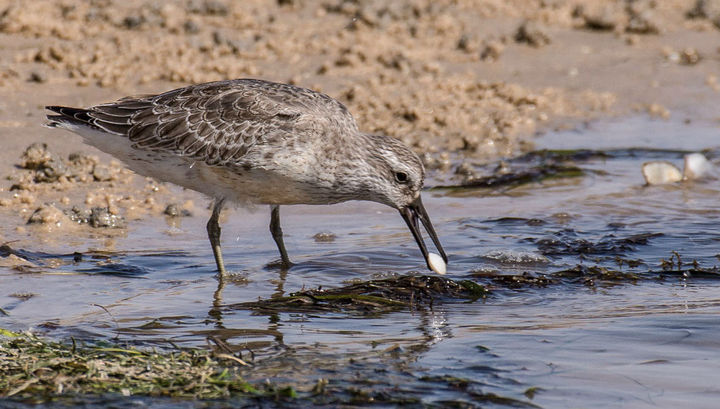 Just as Canaries warned miners about the lack of oxygen, a small bird of the suborder waders — Icelandic Sandpiper (Calidris canutus) signals the impact of climate change on the planet.

An alarming discovery of an international team of scientists with participation of employees of Moscow state University named after M. V. Lomonosov shows how warming in the Arctic affects the populations of birds.

“It’s even worse than we thought,” says biologist Michael reed (Michael Reed) from tufts University. – Increases the risk of extinction for birds, and the Icelandic Sandpiper already now is on the verge of extinction.

Icelandic Sandpiper is one of the Champions in range of the flight, the bird overcomes nonstop for about five thousand kilometers. It annually migrates from the Arctic to the southern hemisphere and then back.

For decades the bird was in danger, because food sources in the feeding grounds, along its migratory routes gradually dwindled.

Scientists in their study used a data archive for 33 years: measuring morphological parameters of the 1990 young birds, who throughout this period, a stopover in Poland, the satellite images of the Taimyr Peninsula, as well as the results of observations of birds on the coasts of Mauritania.

It turned out that the warming leads to a shortage of food Icelandic Sandpiper in its habitat in the high Arctic. Because of this decrease in body size and beaks of young birds.

But that’s not all though: when the birds come to winter in West Africa, short beaks don’t allow them to get to the main power source. And this, in turn, increases the mortality rate among the young generation of birds, the researchers note.

Explain that birds with long beaks can vary their diet at the expense of the mollusk species Loripes lucinalis, buried deep enough in the sand. The onesies with a shorter beak mainly goes to another kind, and those who are with the length of the beak is not lucky, have to settle for and all plant foods.

Thus, the consequences of the problems encountered by birds in the Arctic, manifest in full a few months later on another continent.

According to one of the study’s authors Marcel Classen (Marcel Klaassen) from Deakin University, the Arctic is warming faster than any other place on the globe. As a result, many species may adapt to new conditions by reducing the size of the body, said Klassen, noting that the same fate befell sandpipers.

The threat of extinction sandpipers more than real, says Eldar Rahimberdiev, researcher of the biological faculty of Moscow state University. M. V. Lomonosov. Now the number of all the Northern populations of wader species is greatly reduced, some subspecies are already extinct. If the beak of birds is reduced to such an extent that they will not be able to get clams, then the view will just disappear.

Scientists suggest that the study of the problems of Icelandic waders will also help in determining the reasons for the decline of populations and other migratory birds.

As noted by Jan van Gils Jan van Gils, senior research fellow at the Royal Institute of marine research of the Netherlands, the survey results are a worrying sign that the birds may disappear.

“This may be the first early signal, a signal-a warning of the future extinction of animals that may occur and which we cannot allow,” he notes.

Scientific work published in the journal Science. We will note that earlier in the log-level Science such articles is not out, and scientists, according to Rahimberdiev, rarely paid attention to the holistic consideration of the annual life cycle of birds. For this reason, a unique study was awarded the cover of one of the leading scientific periodicals of the world.