Was born in Omsk, two-headed snakes 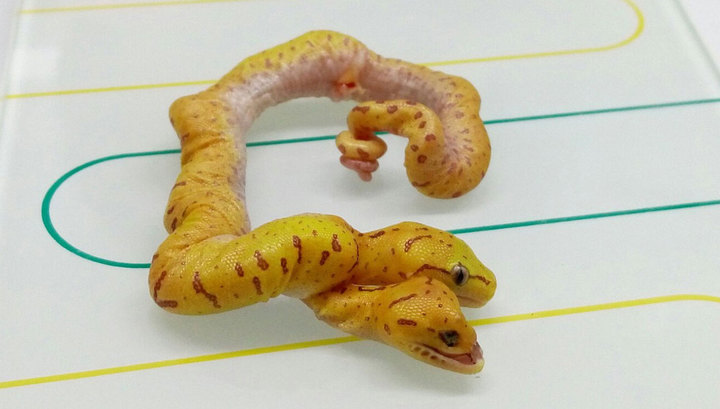 The Ecocenter is in Omsk called the symbol of good luck the birth of two-headed Python. He was a son of the green tree Python Aru, who came to this center six years ago. Moreover, this is his first offspring.

Just hatched eleven serpents, and among them was one conjoined twin pitons with two heads, according to local portal “New Omsk”. As a rule, in conditions of wildlife to survive the two-headed cubs, but the zoo have an unusual baby a chance.

The specialist Children’s ecological and biological center Kaliopi Kulikova noted that among the snakes is the presence of two heads of one individual is the most typical form of mutations.
According to her, this happens due to the same biological processes as the birth of Siamese twins in humans.

The Ecocenter Omsk kid planning to enter and leave the zoo. It is also noted that under natural conditions, people usually catch these individuals and keep them as a mascot.