Wasps-collectivists were adherents of the market economy 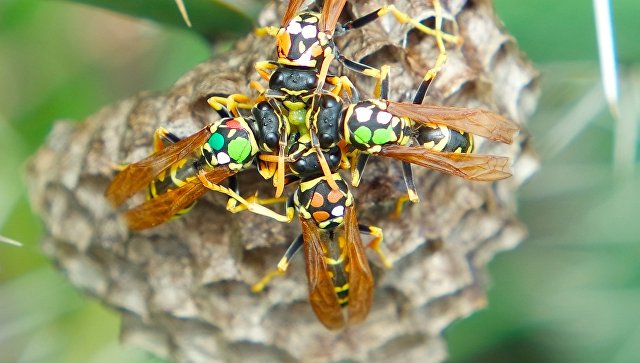 Wasps were able to maintain market relations with each other and choose the best options for cooperation with the subordinate or dominant individuals in his or even someone else’s hive, said in an article published in the journal Nature Communications.

Our discovery revealed interesting Parallels between the populations OS and the world of human business and for people, a bad deal for the OS is better than no partnerships, and so in that moment, when competition increases, it increases the risk that one wasp will agree to make other individuals a discount. The invisible hand of the market, it turns out, manages the relationships in nature in the same way as markets in our world – when partners are more to bargain for a better deal is much easier, — says Lena Grinstead (Lena Grinsted) from the University of Sussex (UK).

Grinstead and her colleague Jeremy fielder (Jeremy Field) came to this paradoxical conclusion, watching the lives of several ordinary hive of paper wasps (Polistes dominula) is a collective species of these insects, living in large hives of tens or hundreds of individuals.

Unlike bees, working individuals in a collective family does not lose the ability to reproduce and are not always the daughters of the uterus, and her sisters, or even alien individuals, often migrating between different hives. Why and how they do it, remains for scientists a riddle, which he tried to reveal British scientists.

Watching the wasps, field and Grinstead noted that the diligence of workers in courting Queen and her offspring were not always the same – usually, the more competing hives nearby, the less wasps actively search for food and defend the colony from the encroachments of other OS. This gave them the idea that the behavior of insects can manage roughly the same principles as the classical market idea of Adam Smith.

To solve this problem, scientists have tried to play the role of the invisible hand of the market, eliminating competitors or creating the appearance of their appearance of those colonies of Polistes dominula, followed. In total, the biologists tracked the behavior of over a thousand working individuals living in 43 separate nests from a bed of cacti-Opuntia, growing in a field near the Spanish city of Cadiz.

As it turned out, the emergence of new nests of wasps did get already living in them were more cool to approach their work, doing less housework than usual. Some wasps immediately tried to migrate to a new hive, leaving their sisters and former companions of the hive. Interestingly, dominant individuals did not respond to the decline in the diligence of his companions, which usually occurred in the absence of competitors.

The reverse operation led to the fact that the wasps began to work harder, and their bosses require them more than usual. All this, as scholars have noted, fit the classic idea of how the market works, where the level of supply and demand is constantly changing.

Accordingly, we can say that wasps have developed mechanisms of communication between dominant and subordinate females, which flexibly adapt to different levels of competition between different corporations insects using market mechanisms. Soon field and Grinstead plan to study how different brain OS in high and low competition that will help, as scientists hope to identify chains of neurons and cellular mechanisms that control this biological market.