Water found at the bottom of the lunar “Ocean of Storms” 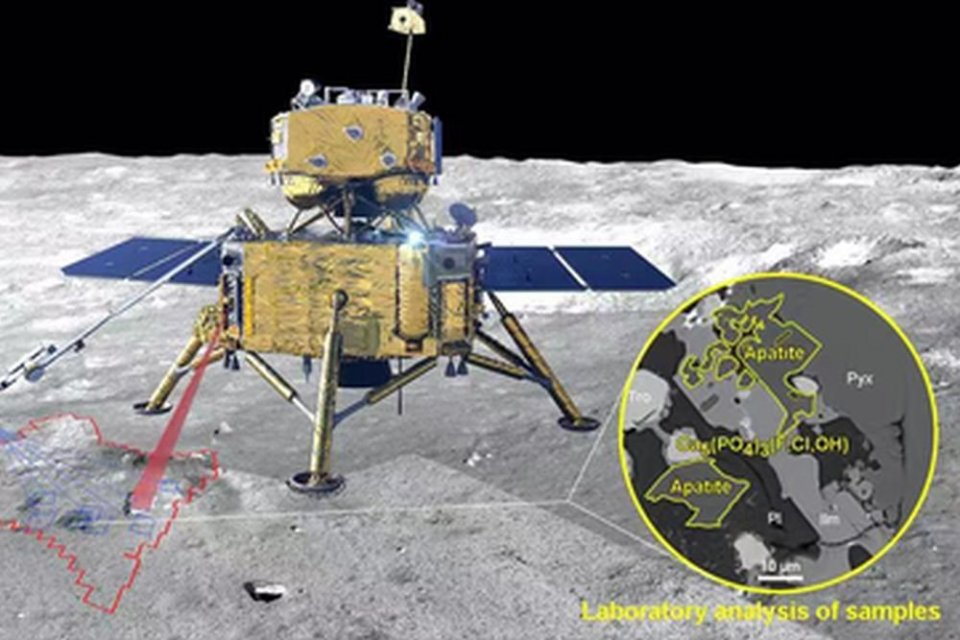 China’s Chang’E-5 lunar lander has conducted a spectral analysis of soil samples taken from the largest lunar sea, Oceanus Procellarum, known as the “Ocean of Storms”. The results suggest that the moon has its own water.

The study was published in the journal Nature Communications and is briefly described by Eurek Alert. The analysis of the samples provided an answer to the long-standing question about the source of lunar water. Previous studies have proven that water is present on the Moon, albeit not in liquid form. For a long time, meteorites and asteroids, as well as the solar wind, were considered a priority source of its occurrence. Recently, a study was published proving that some of the water gets to the Moon from the Earth.

In 2020, the Chinese lunar lander Chang’E-5 for the first time transmitted to Earth a signal indicating the presence of water in the basalt rocks of the Ocean of Storms. First, a spectral analysis was carried out, and then a laboratory one. The latter confirmed in 2021 that water molecules are present in the studied rocks.

And now the Chang’E-5 mission team has determined where this water came from. It is reported that hydroxyl has been found in moonstones – this is the name of a group of inorganic compounds in which hydrogen and oxygen atoms are linked by a covalent bond. The main part of the found hydroxyl was contained in apatite, a crystalline and phosphate-rich mineral, which is also common on Earth.

It is known that hydroxyl in terrestrial apatite is formed due to natural “internal” reasons. Drawing parallels, the research mission came to the conclusion that the Moon also has its own “native” water. Moreover, rock analysis suggests that about two-thirds of the water was produced by the Moon itself, and only a third could have been brought there by meteorites and the solar wind.

Chang’E-5 did not find traces of ancient rivers and streams on the Moon, as was done by rovers on Mars. But his research proves that in rocks and soil there are molecules on the surface, consisting of one oxygen atom and one hydrogen atom. And they are the main component of water.