Water level in Baikal will decrease to a minimum in February, 2017 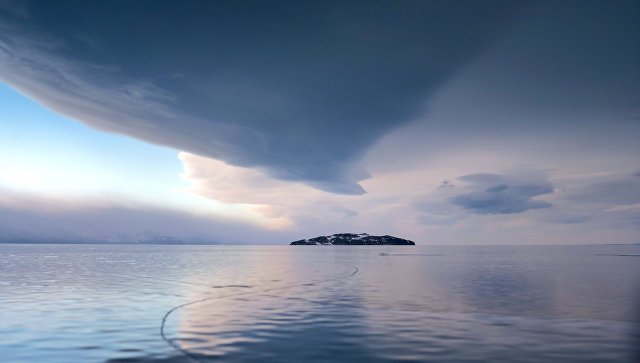 Water level in Baikal will decrease to a limiting minimum mark of 456 meters in February, 2017, by the beginning of a spring high water in 2017 water level in the lake will be below a regulation on 20 centimeters, the Minister of Natural Resources and Environmental Protection of the Russian Federation Sergey Donskoy reported.

“Decrease to a mark of 456 meters will happen in February, 2017, and by the beginning of a spring high water of 2017 (that is since May filling of the lake will begin) the deviation from a normal mark will constitute up to 20 centimeters” — Donskoy told, speaking at a meeting of the interdepartmental commission on protection of Lake Baikal.

‎К to the end of September water level in Baikal made 456,5 meters, inflow of water was lower normal for 20%. “Since the beginning of October drawdown of Baikal began. And for today water level in the lake makes 456,41 meters” — Donskoy told. He noted that in the fourth quarter inflow of water to the lake will constitute no more than 70% of a regulation.

According to the order of the Government, water level in Baikal for preserving a normal ecological situation shall be maintained in the range from 456 to 457 meters (on the Pacific system of heights).

Baikal — one of the greatest lakes of the planet, the lake of “superlative degrees”: the deepest (1637 meters), the most ancient (about 25 million years), with the most various flora and fauna among fresh reservoirs. The lake has an inventory of fresh waters, unique on amount and quality (23,6 thousand cubic kilometers — more than 20% of world reserves).

Since the beginning of the 21st century on Baikal lack of water, cyclic process, however is observed while it is difficult to tell when it ends, and the annual average level of the lake will begin to grow. Because of it in 2015 waste expenses of water from the Irkutsk water-engineering system on Angara which follows from the lake were established on the minimum mark.