We all live in the Matrix. What’s next? 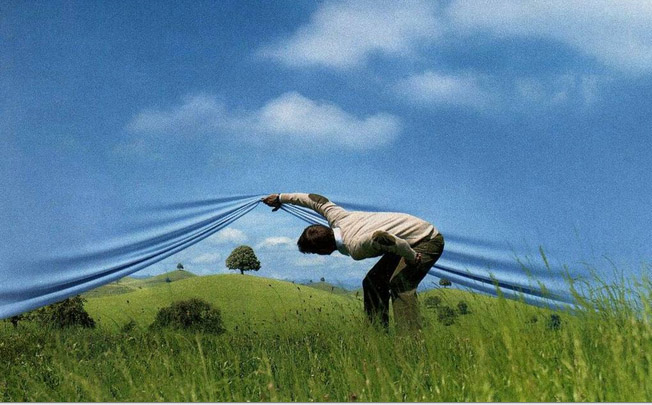 The billionaire businessman, space (and even in electric mobility, solar-battery, hyperloop’new and artificially-intelligent) enthusiast Elon Musk seriously believes that we live in the game. In the virtual reality created by some advanced civilization — something like the proposals of philosopher nick Bostrom, which he put forward in 2003.

The idea is that a sufficiently complex simulation of virtual reality with conscious beings will produce consciousness; the model will become self-aware and will assume that they live in the “real world”.

This is the newest version of the thought experiment, which suggested that the Descartes, only he was an evil demon, who dare mock him. For many years the idea has gained a variety of forms (see “brain in a VAT”), but it is based on the same assumption. All we know about this world, we perceive through the five senses that are experienced internally (when lit neurons, although Descartes didn’t know about it). How do we know that these neurons correspond to anything real in the world?

In the end, if our senses are systematically and universally lied to us, at the behest of the demon or anyone else, we would have never found out. But how? We have no instruments except our senses, which could test our feelings on the relevance.

Since we can not exclude the possibility of such deception, we can’t know for sure that our world is real. We could all be “Sims”.

This kind of skepticism Descartes was sent on a journey within themselves in search of something he could be absolutely sure, something that could serve as a basis for the construction of a true philosophy. In the end, he said cogito, ergo sum: “I think, therefore I exist”. But subsequent philosophers didn’t always share his beliefs.

In short, all we know is that thoughts exist. Well.

(A small digression: Bostrom said that the simulation argument differ from the argument of the brain-in-VAT, where as the stronger increases the chance. In the end how many evil geniuses with a brain in a VAT could exist? Despite the fact that any sufficiently advanced civilization could run simulations of virtual reality. If such civilizations exist and they are ready to run the simulation, they can be virtually unlimited in number. Consequently, we likely are in one of their created worlds. But this fact does not change, so back to our sheep).
The red pill and the credibility of “the Matrix”

The iconic representation of the idea of living in a simulation in pop culture is the movie the Wachowski brothers ‘the Matrix” 1999, where the people are not brains-in-VAT, not the bodies in cocoons, living in a computer simulation, created by computers.

But the Matrix also shows why this little thought experiment is based on deception.

One of the most pressing moments of the film — the moment when Neo takes the red pill, opens his eyes and sees for the first time the true reality. Here comes the thought experiment: with the realization that somewhere out there, for Chan, there is another reality to see that it is enough to understand the truth. But this awareness, no matter how tempting it may be, ignores the fundamental premise of our thought experiment, our feelings can be deceived.

Why Neo needs to decide what is “real world” that he saw after taking the pill, is really true? It could be another simulation. In the end, what can be the best way to keep determined people than to provide them with the opportunity to carry out simulated in the sandbox uprising?

No matter how many pills he eats or how convincing will be the Morpheus to his stories of how the real new reality, Neo still relies on his feelings, and his feelings, it is theoretically possible to cheat. So he returns to where he started.

Here you zatravochka for a thought experiment of modelling: it is impossible to prove or disprove. For this reason, it may suck not to have meaning. What, in the end, the difference, if so?
While the deception is perfect, it doesn’t matter

For example, you said the following: “the universe and all its contents upside down on your head.” For a minute it’ll blow your mind, as you will imagine how to swallow the red pill and see everything upside down. But then you realize that things can be turned only relative to other things, so if inverted is all… what’s the difference?

The same applies to the argument “I guess everything is an illusion”, which is a thought experiment simulation. Things are real regarding the people and other parts of our experience (as well as the world of the red pill is real about the world the blue pill in “the Matrix”). We are real relative to other things and people. “All is illusion” has no more meaning than “everything is inverted”.

These assumptions cannot be called true or false. Because their truth or falsity does not apply to anything else, has no practical or epistemological consequences, they are inert. They may not have a value.

But again, this is equivalent to the question: what? One ultimate reality, which I cannot enter, to turn into the next ultimate reality to which I also can’t reach it. Meanwhile, the reality in which I live and which interact through their feelings and beliefs, remains the same.

If this has all been a computer simulation, then so be it. It doesn’t change anything.

Even Bostrom agrees with this: “on closer examination it turns out that living in “the Matrix” you will have exactly the same as if you lived not in “the Matrix”. You still have to communicate with other people, raise children and go to work.

Pragmatists believe that our beliefs and language are not abstract representations that correspond (or not correspond) some supernatural region independent of reality. These are the tools that help us to live in the organization, in navigation, in the prediction world.
The rejection of certainty in favor of probability

Descartes lived in an era that preceded the age of Enlightenment, and was an important precursor, because he wanted to build on the philosophy that people are able to offer, not on what could have imposed religion or tradition is nothing to take for granted.

His mistake, like many thinkers of the Enlightenment, was the fact that he believed that such a philosophy should mimic religious knowledge: hierarchical, built on the Foundation of solid, undeniable truth from which derive all other truths.

Without this solid Foundation, many feared (and still fear) that humanity will be doomed to skepticism in epistemology and nihilism in morality.

But as soon as you give up the religion — peddling as soon as the authority on empiricism and the scientific method — you can give up certainty.

The fact that people can extract, choose, prefer, always partial, always temporary and always a matter of probabilities. We can weigh in the balance part of the own experience with other parts, test and repeat, remain open to new evidence, but there will be no way to go beyond our experience and to create underneath it all is a solid Foundation. Everything will be good, true, real only in relation to other things. If they are also good, true, real in any transcendent, independent, “objective” framework, we do not know.

In fact, human existence is reduced to decision-making in the conditions of insufficient amount of data information. Feelings will always give an incomplete picture of the world. Direct experience with other people, visiting other places will always be limited. To fill in the gaps, we have to rely on assumptions, biases, beliefs, some of the internal framework qualifications and heuristics.

Even science, which we try to suspend our assumptions and get to the hard data, the full value judgments and bindings to culture. And it will never be specific only to a certain degree of probability.

Whatever world we may live (present or not), we act on the basis of probabilities, to use inaccurate and unreliable tools of cognition, to live in a constant haze of uncertainty. Such is the life of man. But because of this, people are worried. They crave the certainties, of the fixation points, therefore forcing philosophers to get to the truths and simply believe in predestination, higher thought or free will.

If no clear reason, you’ll have to learn to live with uncertainty and relax. If not, philosophy will not help us. (This statement belongs to Richard Rorty, one of the proponents of American pragmatism).

Elon Musk believes the world in which we live, where his friends and relatives, is an illusion, a simulation. He is unreal, his family is unreal, the unreal climate change, Mars too. And yet on that Musk spends his time? Working up a sweat and does what he can, in order on the Ground decreased the amount of carbon emissions, and we settled on another planet. Would he be so to work, if I knew that the world is unreal?

Somewhere deep down he knows that the world is real precisely to the extent that all this will be important.