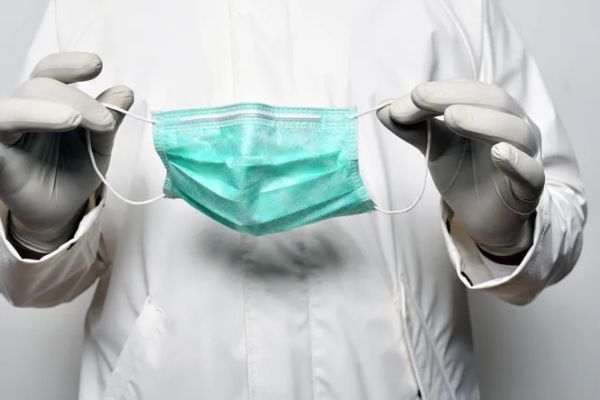 American scientists have found that wearing a medical mask for a long time or repeatedly using it in a pandemic is even more dangerous than walking without a mask at all.

Don’t forget to change your mask in time! Otherwise it will be even worse

A team of American scientists from the University of Massachusetts Lowell and California Baptist University found that neglecting the timely change of a medical mask in the current coronavirus pandemic is even worse than not wearing it at all. The fact is that the wearing mask affects the movement of the air flow near the face, thus contributing to the inhalation of a larger amount of various particles by a person.

A used medical mask cannot filter out the smallest droplets and, while some believe that any mask is supposedly better than nothing, used personal protective equipment is not effective against particles smaller than 2.5 micrometers. These findings were made after experiments on a computer model of a human with a three-layer surgical mask.

The virtual simulation was used to determine how tiny droplets in the air are deposited on the face, upper respiratory tract, pharynx and lungs. It turned out that a used mask significantly reduces the air flow rate in the face area, which, together with a reduced filtration efficiency, has a negative effect. As you know, the largest bacteria can be more than 100 microns wide, but the average size is about 5 microns.

The largest viruses of the genus Pithovirus reach only one and a half microns in size, although the average pore size in a conventional cotton mask is about 80 microns. Therefore, the filtration efficiency is increased by adding new layers to the mask. The gas molecules and other particles surrounding the pathogen collide with it and result in a chaotic motion known as Brownian motion. During this “disordered” movement, viruses are much more likely to fall into the mask trap.