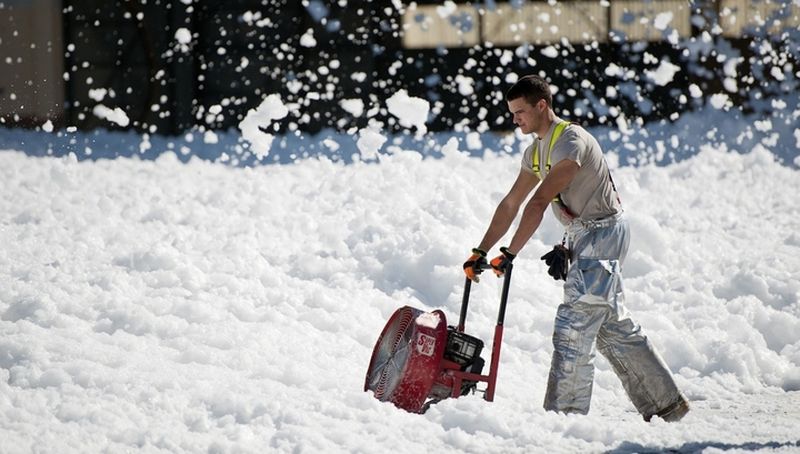 Many people are sensitive to weather changes: they are aggravated by chronic diseases, pressure leaps, noises are traumatized once the parts of the body. This state is called meteorological dependence. Many people are skeptical about this phenomenon, and some, on the contrary, closely monitor the changes in the weather and stock up on medicines in the off-season.

Canadian researchers from the universities of Laval and Sherbrooke said that weather changes really affect people’s health. In particular, when there are temperature and atmospheric pressure changes, the number of hospitalizations of elderly people increases. In this case, in general, physicians are dealing with heart failure.

“We know that doctors rarely take into account the weather forecast for treatment or recommendations for patients with heart failure.We wanted to show that temperature changes can be an important factor for health status: low temperatures and high blood pressure can trigger heart failure,” says the leading author of the work is Professor Pierre Gosselin (Pierre Gosselin).

His team analyzed the data of 112793 thousand people aged 65 years. All of them were diagnosed with “heart failure” between 2001 and 2001. The doctors observed the state of health of volunteers for 635 days. In parallel, scientists recorded weather conditions: average temperature, relative humidity, atmospheric pressure, and also the level of pollution in the environment. The specialists wanted to find out if there was any connection between the weather changes and the patients’ health.

It turned out that such a relationship does exist. In winter (October to April), the risk of hospitalization and death among people with heart failure was much higher than in the summer period (from May to September).

With each decrease in the average weekly temperature by one degree Celsius, the risk of exacerbation of heart disease increased by 0.7%, experts say. And with increasing atmospheric pressure by one kilopascal these risks increased by 4.5% at once.

Researchers note: in many countries around the world, with the onset of cold weather, the temperature drops by an average of ten degrees Celsius for only seven days. During this period, among people older than 65 years, the incidence of hospitalization and death from heart disease is increased by 7%.

To explain such a relationship is actually quite simple: it is a natural reaction of the organism to cold. Our heart starts to beat faster, so that we can more quickly distill blood and warm the body.

As long as the body regulates heat exchange under new conditions, the arteries narrow slightly. Another reaction of the body to the cold is hormonal changes, because of which the blood becomes thicker. As a result, the load on our arteries and blood vessels is very large: to overstrain the thickened blood through narrow channels, when the heart is working “at maxima”, – the task is not of the lungs. It is not surprising that this leads to an increase in blood pressure and cardiovascular insufficiency.

Physicians note that most healthy people easily tolerate such an adaptation period. However, if the coronary arteries are clogged with atherosclerotic plaques, the body faces a heart attack.

Since the treatment of people with heart failure is an “expensive pleasure” (the cost of the health care system for treating patients in Canada is in third place), scientists believe that it would be more optimal to review the existing methods of therapy and the issuing of recommendations.

By the way, earlier similar work was done by Swedish scientists: they studied the relationship of temperature changes with exacerbations of heart diseases for 16 years. In this study, 280,000 patients participated, not only the elderly, but volunteers of all ages who consulted cardiologists with complaints of heart pain. As a result, experts concluded that the colder the weather, the higher the risk of a heart attack.

Physicians at least should inform patients about possible risks, as well as give recommendations taking into account weather changes, experts say. In their view, such studies are particularly relevant in connection with global climate change.

More details about their work Canadian scientists tell in the magazine Environment International.