Whales are thrown ashore due to solar activity 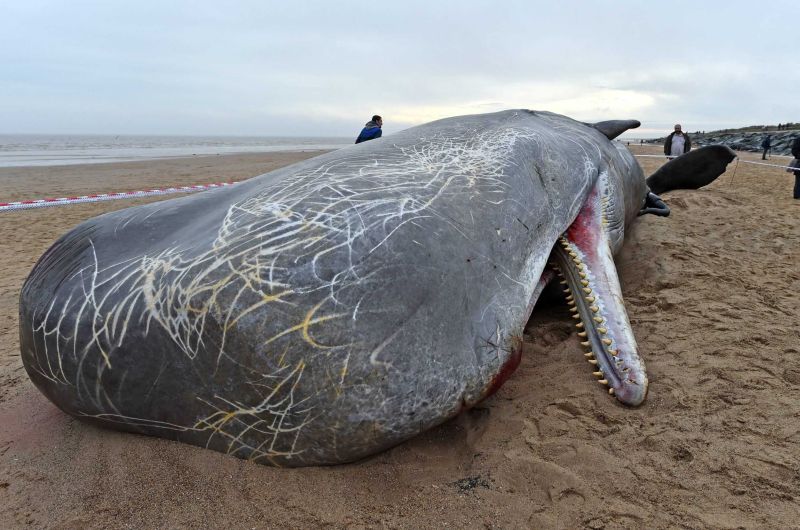 The cases of “suicide” of whales that are thrown ashore are constantly occurring, but are still poorly explained. Some specialists associate them with voluntary care for a serious illness, which saves the resources of a flock, usually caring for the sick. Others say that this is the result of a simple accident and stranding during a hunt. In the new work of German scientists, whale suicides are explained … by the activity of the Sun. The article by Klaus Vanselow and his colleagues from the University of Kiel is published in the International Journal of Astrobiology.

The authors turned to the recent case of the death of 29 sperm whales, which in January 2016 threw themselves on the shore of the North Sea. They drew attention to the fact that not long – in the twentieth day of December 2015 – a whole series of flashes of intensity M1 and higher was recorded on the Sun. According to German physicists, this is hardly a coincidence.

Such events lead to the emission of large volumes of plasma, radiation, and fast particle fluxes by the Sun. Reaching the Earth’s orbit – some earlier, others a little later – they interact with its atmosphere and global magnetic field. As a result, auroras and geomagnetic storms associated with the destabilization of the Earth’s magnetic field lines can appear. According to Vanselov and his co-authors, this happened in December 2015, when the displacement of geomagnetic field lines in the North Sea in the area of ​​the Norwegian trench exceeded 460 km.

It is known that cetaceans, like many other marine animals, rely heavily on the geomagnetic field for navigation in the ocean. Therefore it is logical to assume that violations of its structure are quite capable of disorienting them – how wrong GPS coordinates can get motorists anywhere. Feeling the direction of the lines of force, the sperm whales headed straight for shallow water, they could no longer get out of it.

Scientists note that the dead animals were still young and inexperienced, originating from the open ocean region of the Azores, and in the cramped conditions of the North Sea, the disruption of navigation could well be fatal. “Sperm whales are very large animals living in the open ocean, so if they get confused, they can swim in the wrong direction for days, and then just adjust the course,” says Klaus Vanselov. “But in the sea between Scotland and Norway it is enough to swim a bit, and it will be too late – they are trapped.”