Whales mistakenly swam into the river with crocodiles 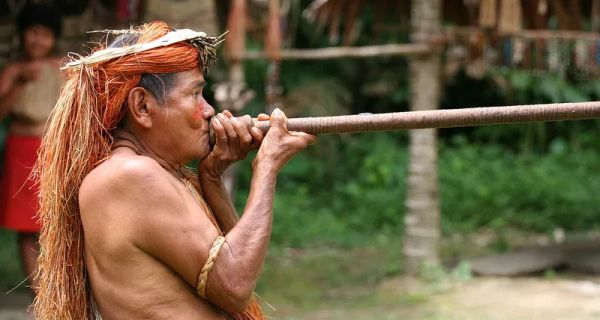 Three humpback whales appear to have confused directions and swam into the Eastern Alligator River in Australia’s Kakadu National Park. This is reported by Phys.org.

Two of the three animals seen in the river earlier in the week seem to have returned to the ocean. At least, local scientists and administration are very hopeful for this. However, the management of the national park is still trying to track down the last, third whale, which was sighted 20 kilometers upstream of the river.

“The most likely explanation is that they were heading down south and turning in the wrong direction,” says one of the Kakadu Fitch Moiley staff members. “And it is quite difficult to determine whether one of them or two is left here.” The problem is that the river is filled with clay, and it is quite difficult to spot whales in such water. Whales have swum in rivers in Australia before, but Moyley believes this is the first time this has happened in a tropical climate zone.

The management of the park has already imposed restrictions on movement on water to protect not only the whales, but also the boatmen themselves – the animals reach a length of 16 meters and a weight of 30 tons, so a collision can be dangerous for both sides. “The last thing we want is a collision of a boat with a whale in waters teeming with crocodiles and where, on top of that, there is zero visibility,” local officials say.

For a healthy whale, due to its size, crocodiles are not dangerous, but if, as a result of such an incident, it is injured, it can become easy prey for predatory reptiles before people can come to its aid.

In general, this unexpected visit created a serious problem for the park staff, and according to Moyly, they would all be happy to send the whales back to sea right now and happily wave a pen at them goodbye.