Whales protect other animals from attacks of killer whales 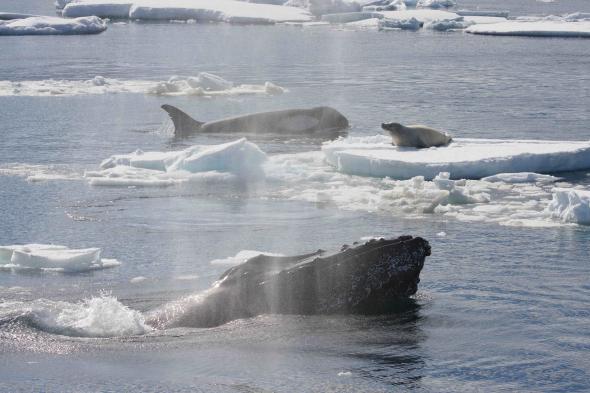 A few years ago, scientists observed in Monterey Bay (USA) a group of orcas (killer whales) attacking gray whale (gray whale) and its calf. After a struggle the cub was killed. But what happened next defies easy explanation.

For six and a half hours of his shift humpback whales never left this place, continuing to guard a dead baby gray whale from the whales and fend them off. They continued to wear their watch even once came close to a flock of krill (small marine crustaceans) – their favorite treat.

It is unclear why the Humpbacks would risk and spend so much energy defending a completely different look. But one thing is clear – it was not the only case. For the past 62 years there were about 115 of these encounters between humpback whales and killer whales, a recent study published in the journal Marine Mammal Science.

This behavior of humpback whales recorded in several places around the world — said in an interview with National Geographic Explorer of the California Killer Whale Project Alisa Schulman-Janiger (Alisa Schulman-Janiger). – I have witnessed several such scenes, but they were not as dramatic as in may 2012.

According to experts, the most logical explanation of the behavior of humpback whales is some kind of benefit from intervention in the hunting of whales. For example, it is known that killer whales attacking humpback whales, which are most vulnerable at a young age. But as soon as they get stronger, they have enough power to cope with black-and-white predators. 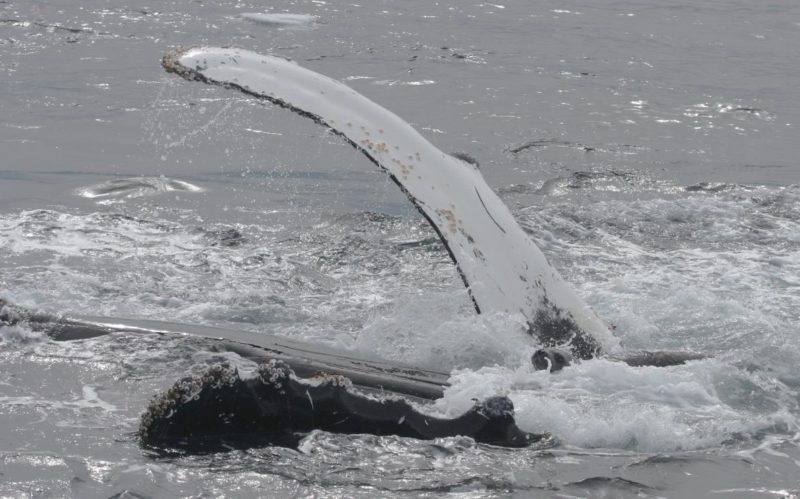 Therefore, this compassionate behaviour has evolved as a way to help your mind go through the weakest phase of life. Likely, humpback whales, whale saving others, I think that young animals are also under threat.

This explanation would suit biologists, if not the statistics. Of all the incidents that scientists were able to discover over the last five decades, killer whale attacks on humpback whales in only 11% of cases. And the majority of their prey were seals, sea lions, porpoises or other marine mammals.

There was another incident in which humpback whales were probably trying to save a few common moon-fish from biting them orcas.

This means that it’s more complicated and maybe very individual. Shulman-Janiger notice that not all Humpbacks prevent the hunting of whales. One theory is that advocates are only those, who themselves in his youth suffered from the same attacks.

The study also noted that, apparently, humpback whales can hear audio calls of killer whales to hunt and react to them. So, they don’t even know who will have to save until they come to a place of battle.

Other experts on the whales think this behaviour can be explained by a kind of altruism. I don’t find something amazing that such animals intervene to help the animals of another kind, — says the head of the Whale Sanctuary Project Lori Marino (Lori Marino). According to her, humpback whales are capable of complex thinking, decision-making and problem-solving.