What animals would best survive the Apocalypse 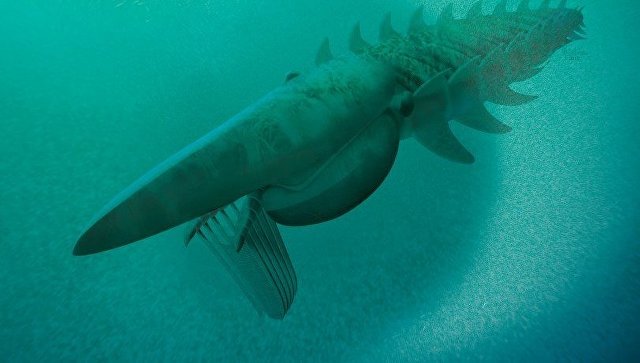 Plain sponges were the most resistant animals on Earth – they have survived all major mass extinctions of flora and fauna and served as the main “restorers” destroyed the planet’s ecosystems.

“We assume that sponges have the survivability due to the fact that they can live in a very large range of temperatures and in conditions of almost zero oxygen concentration. In turn, their food source are grains of organic matter in the water, whose amount was supposed to increase dramatically in the ocean after the mass deaths of other animals,” said Johar the Bottinga (Joseph Botting) from the National Museum of Wales, Cardiff (UK).

Scholars in the history of life on Earth, five major mass extinctions of species. The last one, the Cretaceous-Paleogene extinction, occurred about 65,5 million years ago led to the extinction of the dinosaurs and all large terrestrial and marine reptiles. It is believed that every such event is accompanied by an evolutionary explosion — the rapid spread, growth and specialization of survivors of the species that occupy the vacated ecological niches.

The Ordovician extinction, the second strongest catastrophe in Earth’s history, occurred approximately 443 million years ago and resulted in the death of 85% of types and 60% of genera of marine invertebrates. Hardest hit bryozoans, bivalves and corals — in some cases, their generic diversity decreased by two thirds. Apparently, the cause of this extinction was the decline in the concentration of carbon dioxide in the Earth’s atmosphere and the ensuing cold.

It tells the Bottinga, our understanding of this extinction is extremely sketchy, as rocks of that period almost did not survive on Earth. The only known deposits of this time were found in South Africa almost 20 years ago, and they represent fingerprints of soil from the shallow water, trapped there by the remains of living beings. What changes went on at great depths, we know.

The bottinga and his team produced the first data of this kind, having discovered a whole “graveyard” of ancient underwater organisms, unearthing rocks of the Ordovician period to the South-East China, in Zhejiang province. In fact, the whole territory of China at that time was a shallow sea near the equator, separated by many large and small Islands.

During the Ordovician extinction is the sea, as shown by excavations of the authors, was literally covered with a forest of sea sponges. According to scientists, they managed to find in the bamboo forests of modern China the giant reservoir rocks with a length of 10 kilometers, completely filled with the remains of sponges, the number of types which, in very rough and preliminary estimates, exceeds one hundred.

Interestingly, these deposits were present both small and big lips, which is considered a very unusual thing for mass extinctions and periods of time immediately after them. Apparently, the sponge has not only recovered after the disaster, but also began to quickly fill empty ecological niches in the shallows and in the depths of the seas. In some cases the diversity of species in these sediments exceeded that which exists in the seas of the Earth today.

Sponges were not the only inhabitants of the seas of that time – in addition to their prints, scientists were able to find in Zhejiang province a few fragments of the shells of Nautilus, as well as full prints of the shell of Rakauskiene and prints large sea slug.

Scientists believe that this diversity of sponges indicates that they have a few hundred million years playing the role of the main “engineer” of Earth’s ecosystems, maintaining stability, and restoring them after the extinction. It is possible that a nuclear disaster or the next mass extinction will again lead to the fact that will not survive cockroaches and rats, and sponges. They will dominate the seas of the Earth as long as its ecosystem will not be restored for the sixth time, conclude the authors.