What are the intentions and goals of aliens on Earth?

Are the aliens among us? Do people live without causing suspicion of others? According to many eyewitness accounts – yes, and in quite a large number. And this is not a serious problem for them, since some types of aliens are virtually indistinguishable from people, while others simply can take any form. But the main thing is not even this, but what goals they pursue in relation to people.

Researchers, ufologists, based largely on the investigation of cases of “kidnappings” of people by aliens, divided into two camps. Some believe that, despite many negative aspects related to kidnappings, the overall attitude towards them should be positive – as well as the attitude of newcomers to people.

For example, one of the most authoritative investigators of abductions, Harvard Professor John Mack, believed that “in the heart” of the phenomenon of abduction is the protection of life on Earth, and not only reasonable. At the same time, he noted in particular that many of the abducted people, who at first experienced severe psychological trauma associated with memories of painful procedures with them, etc., over time, especially after subsequent kidnappings, changed their minds in the positive side.

They began to imagine their place in the universe differently, perceiving it more multifaceted, they began to feel their personal responsibility for what is happening with our planet. They also often had a feeling of mutual understanding with the aliens with whom they contacted, even some sort of inner connection.

It looks, of course, interesting – provided that such feelings are not simply the result of psychological inspiration of aliens in order to facilitate their actions while working with the abductees. No matter how you look, ideal slavery is when slaves do not even suspect that they are slaves …

Nevertheless, in one of the publications, D. Mack wrote that people who survived abductions are changing. They grow spiritually, transform, become preoccupied with the fate of the Earth. When they open this consciousness, they get access to a broader and more objective understanding of reality. They no longer feel the pinnacle of the mind in space, understanding the modest place that we occupy there, and also the fact that we are connected with a variety of beings, energies that are outside of us.

As soon as such a big picture appears before the kidnapped people, they understand that the temporary fear and pain through which they went during the abductions are incomparable with the huge reward that they will receive from the new perception of the world around them.

D. Mack once compared the experience of the kidnapped to the fact that sometimes rare animals are temporarily immobilized, then to be transported to a safer place for them. The animal does not understand that it suffers for its own good.

Elizabeth Slater is another example of this. She writes about how she watched a TV program about scientists who tracked a white bear. Hiding behind a white shield, dressed in white camouflage suits, to undetected to get closer, they immobilized the bear. Scientists took from her blood samples, made various measurements, checked the eyes, ears, mouth, etc. If the bear still began to show concern, they calmed her down, saying that everything would be fine.

Scientists also attached a device to the she-bear to trace its future movements, and also marked it with a special paint, so that it would be better to watch it from the air – does it remind you of anything? 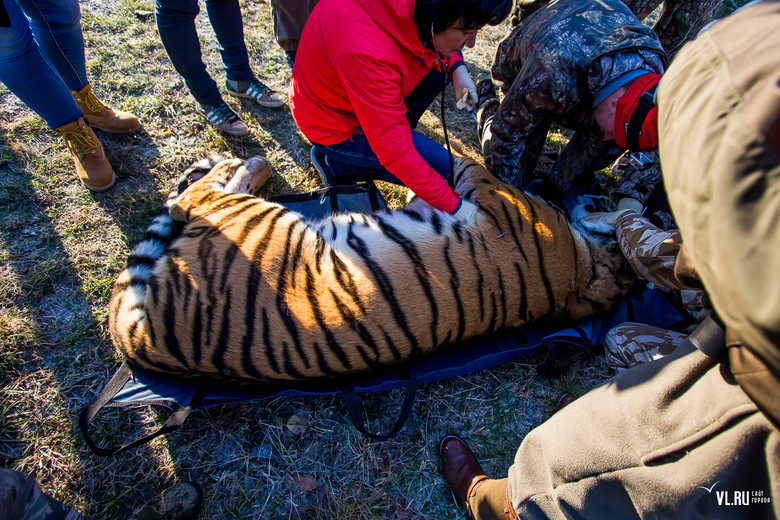 Just imagine the place of the human tiger, and in place of people-scientists aliens

As for another group of researchers, she believes that everything related to kidnappings by aliens is only negative and serves only the aliens themselves, but not the people. At best, “strangers” simply use people for their own purposes, regardless of their interests. True, some scholars still believe that it is premature to evaluate the views of the “positivists” as erroneous.

It is possible that the aliens will in the end really help humanity and our planet. Their participation in the affairs of people could positively affect such things as the treatment of diseases, the improvement of the environment and the cessation of wars. However, such a probability, in their opinion, is extremely small.

One thing is certain: most abductees say that this incident has had a devastating impact on their lives. Many of them have all sorts of psychological disorders, scars, abrasions and physiological problems, especially gynecological or urological. Many live in constant fear that this can happen to them again, and feel guilty because they can not protect themselves from such their children.

Quite a few researchers consider it possible that military and “bad” psychologists use “inspired realities”, which show that the abduction was “aliens” to hide their own actions. But, probably, the opposite happens too – when the aliens use inspired false memories to impersonate the earthly military. There are even reports of individual abductees who saw how in their eyes people in an earthly military uniform suddenly turned into aliens.

Now imagine what political and social explosion would notify the population not only that there is an intelligent life on other worlds, but that alien intelligent beings are also present around and among us and human history is in fact very different from what we are taught by official science, all sorts of religions and political “authorities” of the past and the present!

What are the interests of aliens on Earth today? Probably different people have different, but many are somehow connected with genetic manipulation: whether to create and improve “hybrids” of people and aliens, or for some other purposes related to genetics. For example, Richard Sander suggests that the goal of many, if not all, abductions can be genetics and archiving.

A huge percentage of human DNA is considered “unnecessary” or “junk DNA”, but perhaps not for aliens. Since this “extra” DNA can contain a huge amount of information, the aliens can extract and use it – there may be, for example, racial information and memory, a kind of galactic information archive, a space data bank. And this can be information that goes back millions or even billions of years.

Very widely among “negative” researchers the opinion is widespread that people are nothing more than “domestic animals” for newcomers, in particular reptilians. No wonder they sometimes tell the kidnapped that we “belong” to them, so they have the right to do with us whatever they want. Reptiloids allegedly literally eat people, and there seem to be quite a few examples.

As for the notorious “gray” aliens who are doing all the rough work related to kidnappings of people for reptilians, they also need human blood for food – it turns out that in this case they are real space bugs. We are part of their business. Our hands, eyes, organs of reproduction, blood – in a word, all our biochemistry. For them, we are like reasonable livestock, useful, even in something interesting and commercially important.

To us, with our psychology of the crown of creation, it is difficult to even imagine that on the cosmic scale of values ​​we can simply be someone’s food. Yet we have a mind, a civilization. Imagine if it suddenly turned out that the same rabbits began to develop mentally and create their own civilization – to build farms, roads, ride bicycles. In this case, not only vegatarians would cease to regard them as a source of meat and skins.

Although, on the other hand, most likely, would remain lovers of rabbit and after that, even if they are underground. Is the situation with reptilians similar to “underground” in relation to “galactic public opinion”?

Studies published by some International Society for the Study of Aliens (ICAR) argue that the “super-dimensional” civilization, consisting of amphibians, reptile hybrids, and their cybernetic clones – “gray”, as of May 2009, had already abducted about 1 billion a person, or an appreciable part of the whole population of our planet.

Should people beware of aliens’ actions, especially in the case of a “negative” option? Undoubtedly. At the same time, it is quite obvious that humanity coexists with different types of aliens from the very beginning, and probably due to their appearance and development. Therefore, it is rather difficult to say how our civilization progressed, if there was not this permanent contact. Faster, better? Or vice versa?

Whichever version of the relationship between aliens and humans takes place, positive or negative (and most likely, something mixed), there are many cases where, for example, discoveries, inventions in history were associated with “hints” from outside, most likely, from these same aliens.

Suffice it to recall the table of chemical elements seen by Dmitry Mendeleev in a dream already in its complete form – and this is just one of similar examples. Such complex constructions can not simply arise immediately in the finished form, even if the scientist worked on this problem. Much more is like a clue embedded in his subconscious.

On the other hand, if we recall the whole history of mankind, how many people were killed and maimed as a result of countless wars, religious persecutions and common crimes? If you think about it, it turns out that first of all we must be afraid of ourselves.

The aliens have been on Earth for a very long time, most likely they were here before the advent of modern mankind. Not in vain for the question of one of the contactees, how long they flew to Earth, one of the aliens replied that they had not arrived, they were always here. In 1988, one contactee in Argentina, the humanoids allegedly reported that they had flown to their “mother Earth.”

So it does not even matter if they came to our planet in time immemorial, or even some of them came from here. Or they are here from other spatial dimensions, “frequencies”, etc. In any case, they are clearly here, among us, and to be more precise, it’s not them, but we live among them …