What birds managed to survive the extinction of dinosaurs 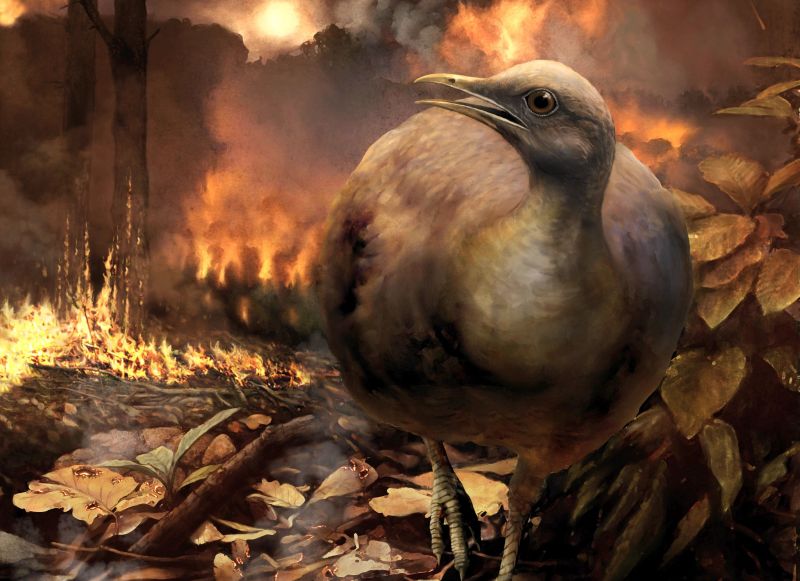 Mel-Paleogene extinction, which destroyed dinosaurs, survived only a few small birds nesting on the ground.

Sixty-six million years ago, the Cretaceous-Paleogene extinction killed the dinosaurs and produced a brief but serious devastation in the entire biosphere. The question of how successfully survived the catastrophe of the bird remains on the discussion. Some experts believe that many of the modern groups have survived since that time, others – that all their variety appeared only after extinction.

To understand this puzzle, the British paleontologist Daniel Field (Daniel Field) and his colleagues examined three of its aspects. First, scientists have identified groups of modern birds that use trees as a source of food or shelter. Secondly, the same work was done for known extinct species. Finally, the authors considered the content of plant controversies in the fossil record – before and after extinction. The results were presented in an article published in the journal Current Biology.

Thus, scientists have shown that although today the life of the vast majority of birds is associated with trees, they still have ancestors who lived on earth. Features of the anatomy of skeletons in extinct species indicate that before the extinction there was a great variety of “tree” birds, and soon after they were not found at all.

An explanation for this was the pollen analysis: the catastrophe led to global forest fires that devastated the plant world of land. For a thousand years after it only ferns got accustomed to the conflagration, so that the ancestors of modern birds began to develop trees only with the gradual restoration of forests.